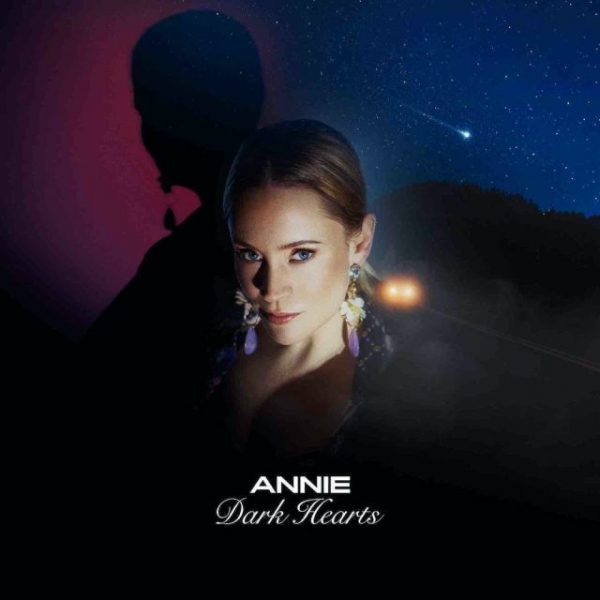 While Annie has edged her way into the mainstream spotlight by scoring various films and even participating on Norwegian Idol as a panel judge, she continues to strive within her wheelhouse by stamping her name on what the genre of pop has the potential to become.

But even while her albums touch on the grandeur of chart-topping success, Annie’s vision remains one filled with command and authenticity. Her third album, Dark Hearts, although a welcomed comeback, lands roughly about where we’d expect her to at this point in her career. With ultra-sleek, modernized production, [her new album] finds a wide range through variety and style as Annie attempts to unravel what it means to love and exist.

Dark Hearts has a scattering of stellar moments–and one could even argue that its highpoints are some of Annie’s best to date. The superlative opener, “In Heaven,” is a prime example of her strength as a pop star. With gradual builds and deep-working synths, she laments a love story that can’t help but tug at your core. This energy flows right into the lighthearted, Bruce Springsteen inspired, “The Streets Where I Belong,” as Annie finds solemn with her connectedness to home. But while Dark Hearts hits an exceptional stride in its beginning, we find quickly that its other tracks don’t necessarily live up to their fullest potential.

We saw a similar struggle with Annie’s sophomore album, Don’t Stop. But while it can be argued that Dark Hearts is exceedingly the stronger of the two, it also has trouble finding its bearings in contrast to Annie’s pop aesthetic. Tracks like a breezy “Corridors of Time” almost nods close to something we’d expect from M83 with Annie’s speak/sing narrative; it’s a track that never quite reaches any real peak. “Mermaid Dreams” follows close by, static and slightly uninteresting whereas “Stay Tomorrow” slowly meanders along. But while these tracks aren’t poor by any set definition, they certainly lack spark and finesse that we heard at the beginning of the album.

As Dark Hearts unfolds, a lot of what attributes to is uneven flow comes from Annie’s attempt to widen her aim. But let’s also not be so quick to take a knock at her for doing this - it’s applauded that she took a calculated risk to shake up her model, but when it comes down to it, Annie’s her best when she creates straightforward pop. “American Cars,” the first single she dropped back in mid-June, is that ideal balance we crave from her writing–its neon-lit groove shows her focused progression while she stays true to her roots. But despite these minor grievances, Dark Hearts will surely find its spot among Annie’s dedicated fanbase.