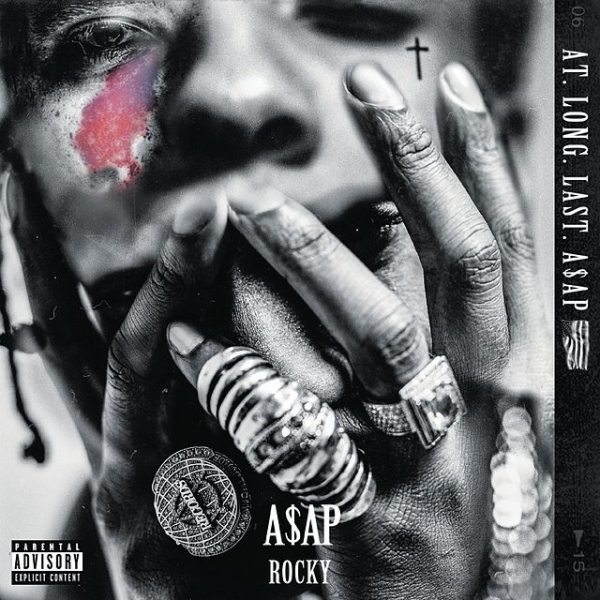 There’s already talk of 2015 being one of the most significant years in recent rap history. Partly because it’s only June and we’ve already been graced with a generous handful of contenders for album of the year (some might say decade), and there promises to be more in store. But I think there’s more to this preemptive designation of 2015 as rap’s official “renaissance year.”

As the forms and aesthetics that were slowly shaping in the fog of the social media era have begun to crystallise and solidify, we are at the same time beginning - artist and listener alike - to understand more clearly what rap looks and sounds like in the “post-Internet” age. The tentative break from the limiting grips of mid-2000’s ringtone rap and underground traditionalism is over, and the rap landscape is once again being redefined (as always: part destruction, part distillation.) The product power of the old guard seems to be on its last legs and the culture’s new brand ambassadors are consolidating office. Only this time they’re all misfits and weirdoes, who see the world very differently to their predecessors. And herein, as its name suggests, At.Long.Last.A$AP feels epochal. It has the strange sense about it of a new rap monument being erected.

The A$AP Mob are experts at refinement, and their seductive distillation of contemporary rap culture’s more disparate and bizarre elements has served as a useful barometer for what’s in vogue in the genre. Their savvy packaging of high fashion and high aesthetics, the employment of sparse trap influenced sonics and woozy cloud-rap influenced pitch-shifted vocals has become something of a contemporary rap staple. So has the crew’s infatuation with lean and LSD – so much so in fact that the idea of somebody writing a front to back weed album in 2015 seems about as weirdly anachronistic as somebody (Joey Bada$$) putting out an authentic mid-90’s boom-bap inspired project. Of course, both drugs have always had a presence on the genre’s more obscure fringes, however it’s with artists like Rocky, Chance the Rapper, Chief Keef etc., that the creative potential of drugs like lean and LSD are starting to be unlocked in a more mainstream capacity, as part of the fabric of modern hip hop. In fact, there’s a sense that wider rap culture has slowly been embracing an atmosphere of brazen hippy experimentalism that perhaps bears closest relation to the 1960’s psychedelic movement, and that today’s weirdo stoner rappers might be the icons for a whole new generation of hippy nihilists. Which is a comparison worth pursuing, and one I think Rocky’s aware of on this new album.

With American cities burning, and facing a future of instability, inequality and rampant technological horror, there’s a renewed sense of not wanting to grow up and bear the responsibilities of a broken world. At Long Last A$AP is far from party rap, but it’s not entirely geared towards grim social commentary, either. It spins somewhere in the middle. It speaks instead to a generation of young people who don’t really expect anything from the future, who’ve given up on concrete structural change, and who’d just as much eschew all ethics of responsibility and live for the now and get high underneath the stars (“I’m 26 but I’ve been living in my youth lately”, Rocky raps on "Max B."), which is only really another way of believing in and attaching to something more pure and immediate. Indeed, Rocky’s despair at the objective madness of the world - which is realised in refreshing depth on this album given the forgettable and emaciated narratives we came to expect from him – is countered consistently by a beautiful childish belief in a better one, somewhere: “I just had an epic dream like Dr. King/Police brutality was all on my T.V. screen/Harmony, love, drugs and peace is all we need/Harmony, love, drugs and peace is all we need.”

The links to 1960’s psychadelia is present in the production choice, too. The samples and the hooks invoke a diverse array of psych-rock, soul music and eastern folk. But for the most part, the pitch and pace of this record is structured in a state of disorientating flux. From the erratic, palpitating, "Electric Body" featuring a suitably unhinged, yelping Schoolboy Q; to the lush, soul-studded, "Jukebox Joints", featuring a woeful verse from a risibly disinterested Kanye West; to the big pop-come-gospel show-stealer, "Everyday" featuring (oddly) Rod Stewart. "Fine Whine" has Rocky rapping in this slow soporific drawl, pitch-shifted to a deep wholesome gurgle, and on "L$D" Rocky sings loosely over this shimmering, kaleidoscopic backing track (which still works without the seductive video to accompany it.) Sonically, it’s an ambitious record, but one too polished and refined to ever come off as unstable or unsettling as it might have desired. It draws on obscure influences, but this isn’t difficult music. This is a rich, grandiose affair that plays out on a vast gothic scale - both thrilling and digestible.

As a writer Rocky strays, albeit tentatively, into somewhat uncharted territory - once he decides to “get past all the swag trapping and fashion talking.” In the past Rocky's persona switched between flat and repetitive, and his timing and range of delivery was rarely ever interesting enough to compensate for the lack of formal narrative detail in his writing, in the way that somebody like Young Thug is able to through a complete command and display of emotive energy. On At Long Last A$AP Rocky finally gives us a character to care about. He writes about the death of his brother and about his turbulent upbringing in Harlem. He also addresses his feelings about Harlem, then and now, on the track, "Pharsyde": “Gentrification split the nation I was raised in/I don’t recall no friendly neighbours” face on my uprising/Back in my younger days of razor blades for gangs who bang/And never stood a chance/Them boys gone dance/But left em’ Harlem shaking.”

It’s not brimming with fond nostalgia that Rocky writes about Harlem; but then it’s with not without a sense of real belonging or mourning, either. As narratives go it’s still quite limited stuff - the odd verse here and there, and Rocky’s commentary can come across at times a bit strained. On the whole this thing remains about 80% brags (and pretty good ones too). But why the hell shouldn’t it be? Rocky’s clearly having a lot of fun, and it’s equally fun to listen to. He’s also equally justified in claiming responsibility for the culture’s shifting identity: "Trippin" on how I shifted pop culture/Changed Hip-hop on ya’, smoking like a Rasta was my pops culture/I be damned if I die sober/I’ll be sure to visit Pac for ya’.”

This record might just be era defining, more so than anything on the entirety of To Pimp A Butterfly. That’s not to say this is anyway a classic (a label slapped on anything better than mediocre at the moment), but it’s tempting to see it being one day considered an “essential listen”: compiling and collating the first half of the decade’s tastes, trends, aesthetics and politics into a cohesive and inoffensive whole. Because you get an appreciation for the genre’s supreme mutability on this record. From east-coast hardcore to Outkast to Lil B; building on the baroque-rap blueprint of My Beautiful Dark Twisted Fantasy, re-appropriating the rough-around-the-edges DIY aesthetics of early Odd Future mixtapes, assimilating the atmospheres of the post-dubstep electronic movement, and the rise and now ubiquity of southern trap and cloud rap (and more) - you can sense history at work on this thing.

Which presents an interesting after-thought. Because if you can stretch your imagination five, ten, or even fifteen years down the line, you can sense on this record what at some new juncture will become the familiar clichés, tired tropes and default, uniform aesthetics for a new era of burgeoning musicians, even weirder and more fucked up than this one, looking to reconstruct and re-define the culture from within. And, if you’ve got that far, you can begin to envisage, forming in the yet to be cast shadow of this record, the strange phantasmal outline of some obscure, unheard of rap collective, emerging in the ashes of the post-Obama, post-internet “swag-rap” era, equipped with a whole new wardrobe, a different cross-over influence and a whole new vocabulary, about to storm the palace and set the cycles in motion again.