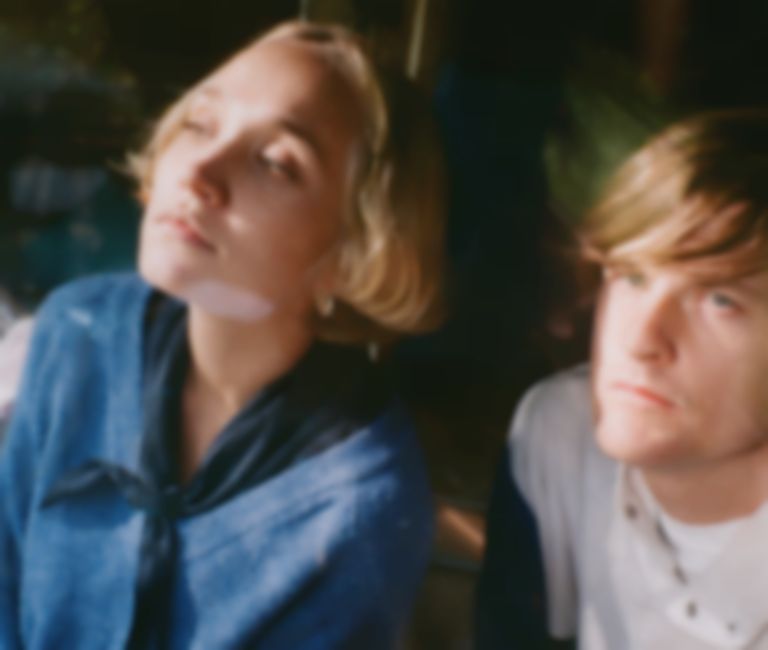 Lifted from their new maxi single, "Honeyspell" finds Finnish duo Babel - made up of Mikko Pykäri (formerly of Regina) and Karin Mäkiranta (one half of Karina) - present a majestic, mouth-watering song about casting a spell on an admirer.

Crafting their own dream pop sound with a hint of shoegaze inspired by the likes of Cocteau Twins and Slowdive, Babel's new single sees the duo meld gentle instrumentation with the lullaby delivery of Karin Mäkiranta’s soothing and honeyed vocals, as she sings about captivating an admirer with tricks.

The ethereal melodies emphasise the spellbinding and poetic lyricism - "Float on the surface / Swim in the honey / Taste the bubbles / My golden dream", which, when combined, creates a sun-drenched mirage that instantly whisks the listener into another world.

Babel’s dreamy song is the title-track of their new four-track maxi single, which, in their words, "strives to illustrate reality-TV with music that’s typically not connected to that world." They add, "Instead of laughing at it, we took it seriously. By turning pieces of dialogue into lyrics, it turns a reality-TV star into someone who suddenly seems to carry all the wisdom about life."

Babel's "Honeyspell" track and maxi single of the same name is out now on PME Records. Follow Babel on Instagram.