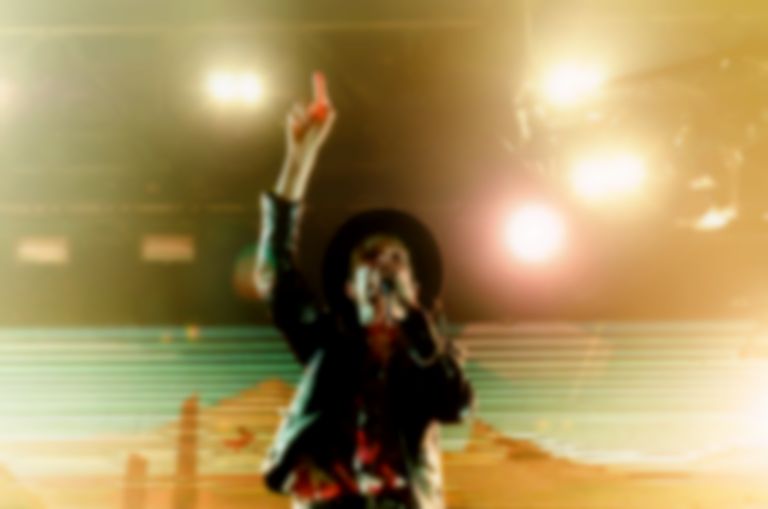 Beck has revealed in a new interview that the 2008 fire at Universal Studios "probably" destroyed his unreleased albums.

Back in June, it was reported that the 2008 fire at Universal Studios had destroyed a huge amount of master tapes stored in the "video vault". Records by Nirvana, R.E.M., Eminem, Mary J. Blige, Sonic Youth, No Doubt, Nine Inch Nails, Busta Rhymes, Barry Gibb, Tom Jones, Neil Young, and Weezer were among the hundreds of artists that lost master tapes and archive material in the fire.

In a new interview with The Sydney Morning Herald, Beck has revealed that his management "still won’t tell me what was lost" in the fire. He added, "I have a feeling that my management is not telling me because they can’t bear to break the news."

He goes on to reveal that much of his unfinished, or shelved work was stored in that vault, "Like an album like Sea Change, there are completely different versions of songs and then there’s probably another 10 to 20 songs that aren’t on the record that [were] in progress; things that I thought I would finish later. It wasn’t that they were bad songs, they just didn’t fit the mood of the album."

Discussing one of the albums he thinks was lost in the fire, Beck says, "In 2001, I went into Sunset Sound [in Los Angeles] and I recorded 25 Hank Williams songs for a double album, just solo. I wanted to celebrate that influence in my music and explore it, and I don’t have a copy of that; it’s on a master tape, so that’s probably gone."

He also went into more detail about other projects that may have been destroyed, "I went to Nashville on tour for two days and cut a country album that never got released. I have rock albums I did in the 1990s, before I did Odelay, I went and tried to make an indie-rock album, so there’s an album that sounds like a Pavement, Sebadoh kind of thing. There’s a [Jon Spencer] Blues Explosion album I did in ’95 where I cut about 10 songs with them in New York City that’s never been released. But I don’t know [whether it’s gone], nobody’s telling us anything. We didn’t hear about it until the last year."

The Hyperspace musician also discusses his thoughts on how master tapes are stored/neglected, "I have friends who work in archives and they see the tapes for legendary artists from the ’50s just lying there in a cardboard box, not being climate controlled and preserved correctly in an acid-free box. There’s a lot of neglect of masters. It’s a big problem. And guess what, I’ve been in a room where they’ve put on an original Frank Sinatra three-track from the ’50s and it sounds f--king phenomenal, whereas the vinyl version you have sounds tinny, old."

Expanding on the importance of the master tapes, Beck adds, "It doesn’t have a fraction of the information that’s on those tapes. All this stuff should be remixed and remastered and re-released … There’s troves of great music in these archives, treasures that are not being tended to. You have artists like the Beatles who get that treatment, where they go and they restore the recordings and remix them, but it’s rare, and it should be happening more … It would be a rebirth for some of these artists who are maybe getting left behind."

Read the full interview on smh.com.au. Earlier this month Beck shared a new EP recorded at Prince’s Paisley Park, which includes a medley of Prince hits.