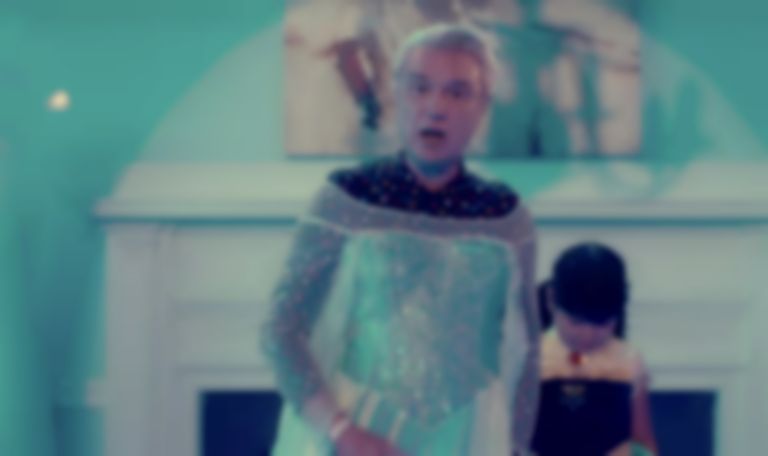 John Mulaney & The Sack Lunch Bunch is a "children's musical comedy special from a man with neither children nor musical ability."

The first trailer for the show arrived earlier this week, and reveals that the likes of Jake Gyllenhaal, Natasha Lyonne, Richard Kind, and more will star in the Netflix special.

One of the unlikely faces making an appearance in the musical comedy is Talking Heads' David Byrne, who, in the trailer, stars as a scientist, and makes an appearance dressed as a princess.

Earlier this month, Byrne shut down rumours of a Talking Heads reunion after an "official" Instagram account appeared.

John Mulaney & The Sack Lunch Bunch will arrive on Netflix on 24 December.