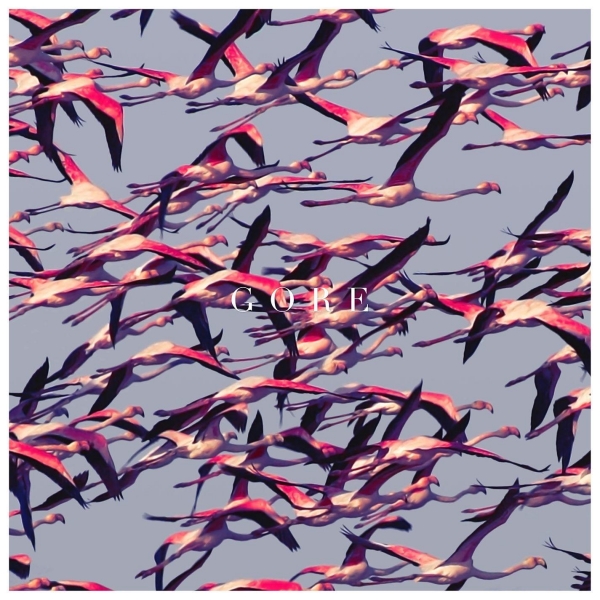 Perhaps no band on the planet is more deserving of reevaluation than Deftones.

The Sacramento five-piece were initially lumped in with artists like Korn, Limp Bizkit, and Staind around the release of 1995’s Adrenaline and 1997’s Around The Fur due to their fondness for seven-string guitars and the hip-hop indebted delivery of frontman Chino Moreno’s teen angst-ridden lyrics—all hallmarks of a burgeoning scene termed “nu-metal” that brought brief yet tremendous commercial success to Jonathan Davis, Fred Durst, Aaron Lewis and many others before flaming out entirely with the arrival of emo and indie.

But Deftones always transcended that tag, and the release of their defining and (perhaps until now) undeniably best album White Pony in 2000 challenged any notion of what a supposed “rap-metal” band could do. That LP’s synthesis of thrash, hardcore, dream pop, and shoegaze influences was unlike anything before or since, a lasting foundation that Chino and Co. have broken apart and built on as they’ve churned out new albums every three years or so, assembling one of the best and most consistent discographies of any band in any genre in the process.

The band have avoided the temptation to simply reimagine their greatest critical and commercial success in the years since, however. Each album, from 2003’s self-titled Deftones to Gore has marked a new evolution. In the twenty years since their first release, they have continued to defy categorization and expectations. And they have done so while facing unbelievable tragedy: drug addiction, dissolving marriages, and the 2008 automobile accident that left founding bassist Chi Cheng in a semi-conscious state for four years before his death in 2013. Rather than dissolve, the remaining members abandoned the material they had recorded for Eros with Cheng—a decision that has been the subject of extensive discussion among fans since its announcement in 2009, giving the album a mythical quality that Moreno insists is undeserved—and called on longtime friend and Quicksand bassist Sergio Vega to replace him. The resulting albums, 2010’s Diamond Eyes and 2012’s Koi No Yokan were two of the most acclaimed records in the Deftones catalogue, and each hinted toward a mastery of the dynamic between brutality and beauty that has always propelled the band.

In many ways, the band’s eighth studio album Gore picks up exactly where those records left off, despite the nearly four year gap in release dates. “Entombed” and “Tempest”, two highlights from Koi No Yokan, are particularly useful touchstones for the album’s trippy back half, and the atmospherics that Deftones played with in standalone tracks on albums pre-Diamond Eyes (see “Teenager” and “Anniversary of an Uninteresting Event”) are once again fully ingrained, as inseparable from their sound as guitarist Stephen Carpenter’s punishing riffs. But this is not simply Koi No Yokan 2.0: if anything, its true parallel is White Pony, another moment in the band’s history that seemed to find them catching lightning in a bottle, condensing all of the elements that made their early sound so intriguing together with as-yet-unheard influences and producing a classic in the process.

The most obvious change in Gore’s sound comes on guitar. There are still plenty of bone-crushing moments here (second single “Doomed User” opens with a falling crunch so intense I was concerned for my admittedly frail speakers, and the chorus of the title track employs a groove riff reminiscent of the band’s rawest early material), but they are balanced brilliantly with more ethereal moments that find Carpenter employing the higher registers of his eight-string. First single “Prayers/Triangles” opens with notes that swim ominously over the surface of drummer Abe Cunningham’s syncopated beat and Vega’s irregular pulse before collapsing over the chorus; “Hearts/Wires” is nearly three minutes in before more than a handful of notes are played; the rising octave chords that open “Pittura Infamante” give way to one of the most technically pleasing transitions Carpenter’s ever put to wax. There’s even a guitar solo—the first to ever appear on a Deftones record—courtesy of Jerry Cantrell on the penultimate “Phantom Bride”.

Whether the new direction was entirely voluntary seems up for debate. Carpenter initially expressed displeasure with some of the material in an interview with Ultimate Guitar, and Moreno told the Independent that “Stephen had a little less to do with the inception of these songs”. Both are quick to insist that this tension drives the band, however, and the results, which blend more classic metal and prog elements with that distinctive Deftones ferocity, are undeniable.

The greatest influence of all, however, may be Deftones themselves. “Acid Hologram” recalls the slow burn of Saturday Night Wrist’s “Beware", all plodding doom over some of Cunningham’s finest drumming since “Digital Bath”. The guitar lines on “(L)mirl” are reminiscent of the creepy arpeggios that made “Romantic Dreams” (Koi No Yokan) and “Fireal” (Adrenaline) sound both sensual and unsettling. “Geometric Headdress” and the aforementioned “Doomed User” match the aggression of the Grammy-winning “Elite” (White Pony) or “Swerve City” (Koi No Yokan) before giving way to two of their most enveloping choruses this side of “Minerva” (Deftones). This is the gift of Gore: it’s a greatest hits album composed entirely of new material, a new body built on a comfortingly familiar skeleton.

The most poignant callback is also the last. Moreno never explicitly references Cheng’s death in the lyric sheet—his words have been more of an abstract aesthetic than a driving force since the White Pony days—but there are thematic touchstones suggesting he’s spent a lot of time thinking about the separation of the soul and the body. On the album’s epic closer “Rubicon”, however, he seems to address his bandmates past and present, as well as the death and drama that entails, more directly. In the opening seconds, as each member attempts to outdo the others in building a warming wall of sound, he implores them to follow him past this point of no return: “You cannot face the crowd/all by yourself/embrace the power we have”. But it’s the line that comes two and a half minutes in that gets me, after shimmering leads have been sent spinning from the song’s cacophonous core: “The record’s ours to break/the more we build/the crowd goes wild”. Longtime fans will recognize that last line as a nod to “Hexagram”; it’s a sweet sentiment buried deep in this amalgamation of beauty and chaos, the closing of a circle twenty years in the making. But it feels like more than that. It feels like a defining moment on what will one day be recognized as a career-defining album.

The die is cast. Deftones have crossed the river and made their case for history.