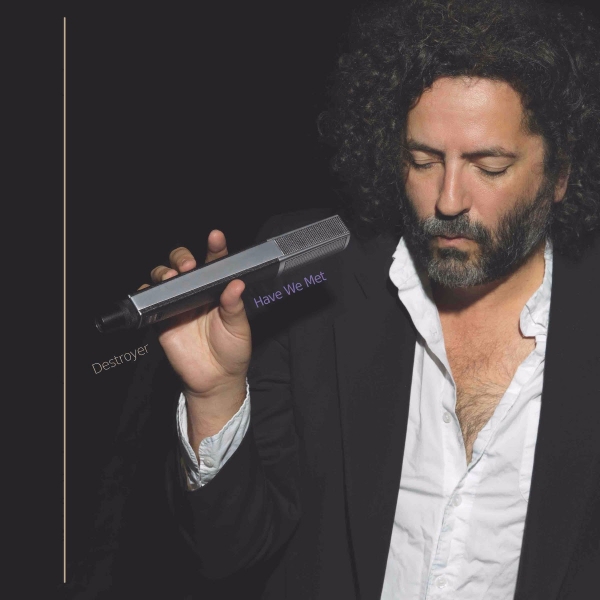 With Have We Met, Dan Bejar is now thirteen albums deep into his career as Destroyer, and rather than ploughing ahead into the 2020s with some new thing, he’s finishing his own unfinished business.

David Bowie’s thirteenth studio album, Lodger, is the ultimate ‘connoisseur’ record, because it represents the culmination of everything he’d been working on up until that point in his career. He’d spent more than a decade switching between styles, and on Lodger he demonstrated that he was willing to mix styles he’d mastered almost a decade before with styles he’d never even tried. It’s possible to say now, with some certainty, that Lodger is one of David Bowie’s finest records. Where tastemakers and fans at the time looked to Bowie to lead them into the '80s, he simply jumped down any creative rabbit-hole he fancied, from the haunting existential dread of “African Night Flight” to the unlimited, relentless forward momentum of “Red Sails” ... Never mind a new decade, he had unfinished business in the old one.

Have We Met is, like Lodger, the keystone to a decade. It features sonic reminders of the three other Destroyer albums of the 2010s (Kaputt, Poison Season and ken) and so much more.

“Crimson Tide”, which opens the album, has both the elegant charm of Kaputt and the rough-edged gaudiness that made ken such a thrill. The bass is loud, the synths are hazy and washed-out, the phased guitars appear to be beamed in from deep inside some intergalactic tunnel... It’s the Destroyer that you know, but something feels off in the best possible way. This eerie, uncanny valley weirdness pervades the entire album, from the seductive, bewitching post-punk crawl of “Kinda Dark” to the Autechre-influenced ambient experimentation of “University Hill”. They’re the kinds of songs he’s made before, but they feel a little twisted, a little out of sync.

“foolssong” has all of the sonic hallmarks of Kaputt, from the elegantly throbbing sound design to the arched-eyebrow yearning of the vocals, but it also has a plaintive, exotic sense of despair running through it, similar to what you might find on the early '80s work of Ryuichi Sakamoto or David Sylvian (this is no surprise, given that Bejar referred to both of them as influences in his 9 Songs interview with us just last week).

“It Just Doesn’t Happen” would slot nicely onto ken, between the booming goth-rock of “Rome” and the spacious synth-pop “Sometimes in the World”. “The Television Music Supervisor” is essentially an ambient piece that Bejar appears to have wandered into, like a drunk heckler who decides to get on stage. There’s a disconcerting sense of ‘otherness’ on “The Raven”, and a delightful weirdness in how “Cue Synthesizer” is arranged. It’s tracks like these that demonstrate that rather than just being a collection of throwback songs from bygone eras of this very band, there are many new, subtle changes to enjoy.

Firstly, the instrumentation (real and synthetic) is often rawer, heavier and darker than any other Destroyer album since Kaputt, which follows the trajectory that was set on ken. The drums, when they do appear, hit you harder. The guitars are much sharper than they have been in recent memory (listen to the Fripp-ian noodling on “Cue Synthesizer”). But most of all, the synth sounds - of which there are many - are wildly diverse, and alternate between warm and sticky, and dense and clunky, often within the same song.

And the lyrics! Bejar’s poetry, which has always straddled the divide between glibly banal and nauseatingly divine, is as beautiful and (no spoilers) hilarious as ever. All of this adds up: if you’ve enjoyed anything Dan Bejar has done under the Destroyer moniker, you’ll love Have We Met. If you’ve never heard a Destroyer album before, you’ll probably love it too.