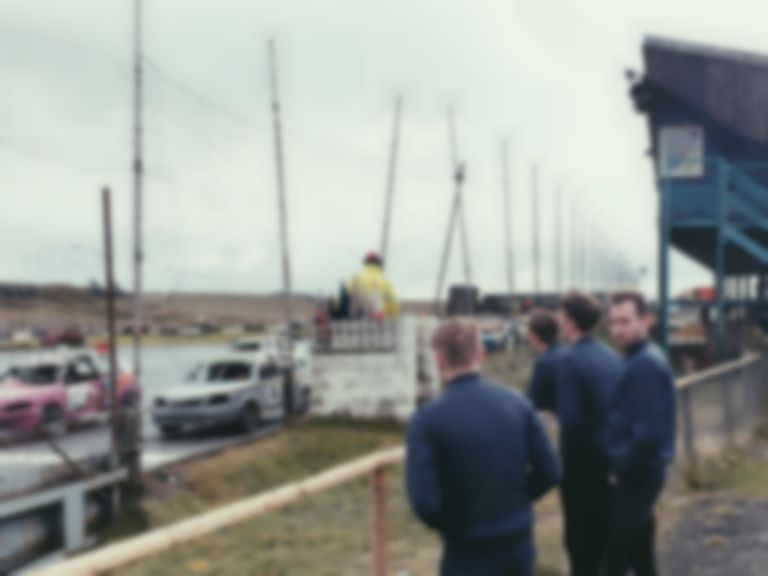 Dutch Uncles are turning the stale album launch rigmarole on its head by plotting a high-octane extravaganza instead.

The art-pop group are set to light the taper on new album Big Balloon with a go-karting race day - and they want "fans, friends, and foes" to challenge them. As the races unfold across the 550-metre circuit the album will be blasted in across the soundsystem - don't worry, the karts are electric (they still get up to 40mph) so you'll be able to hear every beat with ease. There will be prizes!

The event will take place underneath Manchester Arena at new facility TeamSport on 19 February. Register your interest in advance by emailing dutchunclesracing@gmail.com.

"None of us have been go karting since a post-tour day out to Blackpool Pleasure Beach about seven or eight years ago," says the band's Robin Richards. "We haven’t even got our own copies of the new album yet, so we'll be giving it our all to win those coveted prizes."

Dutch Uncles' previous LP, 2015's O Shudder, also had a one-of-a-kind launch party - they premiered it over the tannoy at a non-league football match between West Didsbury & Chorlton AFC and Bootle.

Big Balloon is Dutch Uncles' fifth LP in total, and follows 2015's O Shudder. When we spoke to Wallis about what to expect, he told us that "it's certainly louder. Loud to the point of being crunchy in some places. It's also our fastest album too, which probably means it's our best."

Dutch Uncles have a massive tour on the way - head to their website to find out more.

Big Balloon is released 17 February via Memphis Industries. You can pre-order it now.