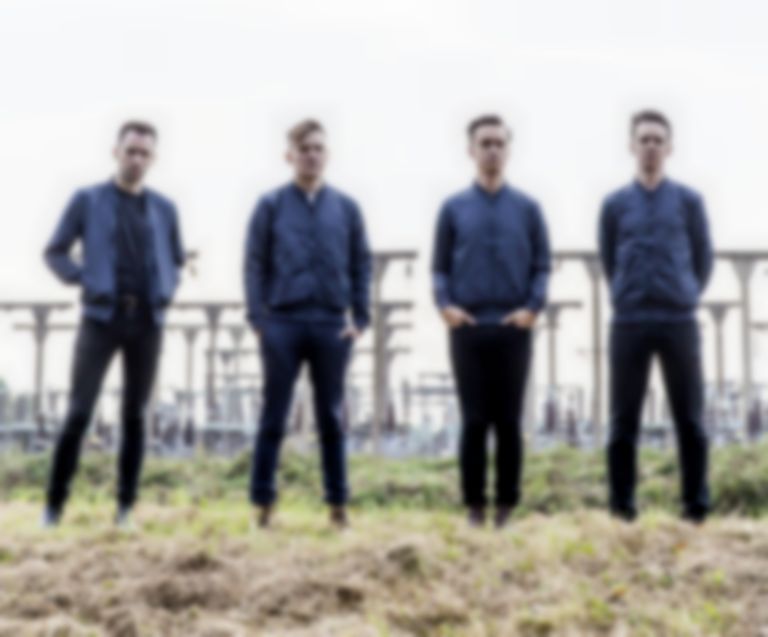 Art-pop stalwarts Dutch Uncles are preparing their fifth album - we speak to frontman Duncan Wallis about what to expect.

It's been a while since your last record, O Shudder, came out - what have you been up to since its release?

Throwing a lot of ideas around and recording them. We started writing the next album just three months after O Shudder's release, so we were able to road test some new material when we supported Garbage at the end of last year, and it really helped with our direction. Only one new song at the time was clicking in the set at that point so we've spent all of this year writing the rest of the album to compliment that dynamic.

Looking back, how do you feel about the album and the time around it?

It felt a little confusing. It was stressful having an album we couldn't play live (at least, not in the way we wanted to), and with the departure of Sped from the band upon the release of it, we were beginning to question everything, so yes, it was confusing.

How's the new album coming along?

It's done. We're enjoying those last few listens to it when it's still just ours, because that feeling always changes when it becomes public property. Not in a bad way, it just creates a distance is all, where our own opinions of it don't really matter anymore.

It's certainly louder. Loud to the point of being crunchy in some places. It's also our fastest album too, which probably means it's our best.

You've mentioned it "reflects your live instincts" - what sort of things can we expect?

Anyone who's seen us live I think would know what that means. I know what it means to us, but we're onstage at that particular time, and it's a very different thing to us as it is to an audience. We don't rehearse in front of the mirror enough to know.

What have you learned from the process?

Trust your guts, and force yourself to enjoy every bit of the process, even if you've got a migraine whilst you're recording piano. Half-price sushi makes it all better, if you're struggling.

Who have you worked with on the new album?

We worked with our regular team, but we also had to get the songs to a very nearly finished point by ourselves, before bringing them to the studio. Any idea that needed some studio magic was deemed unfit for the musical direction of the album, so we needed to do a lot of the work ourselves (I'm aware that sounds lazy and obvious, but you'd be surprised what passes for a demo these days).

When will we hear the first new music from the record?

How are you preparing for the new tour in March? What's it gonna be like?

Over the last few years, and certainly with last years touring, we've relied a little too much on particular tracks to carry our set, so the idea that we've got 10 new songs, instead of the four/five we could only manage to play last year, is a big confidence boost. We also want to play some songs we haven't played for about five years, and also some other previous material that reflects our latest effort, so there'll be plenty of surprises for our more seasoned fans, too.

What does 2017 hold for Dutch Uncles?

As many live shows as we can sort... and an album, of course.

What excites you about next year? What scares you?

Travelodges excite us... but Travelodge kettles scare us...