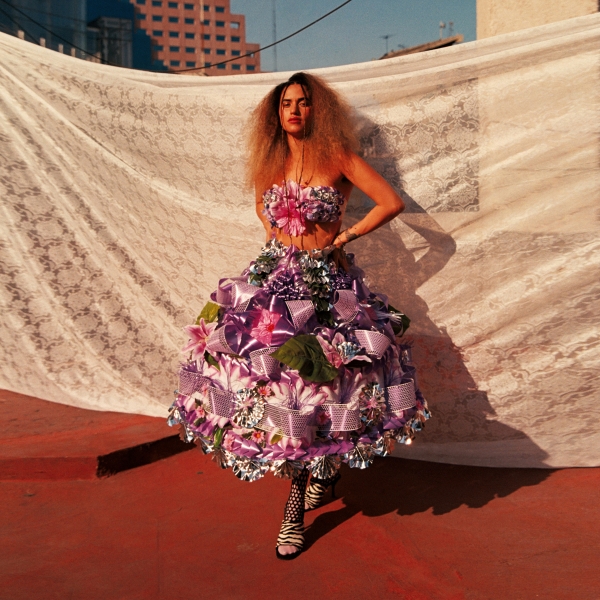 Identity has always been key to Lorely Rodriguez AKA Empress Of’s music. Her fantastically odd-pop fuelled debut, Me, was about finding who she was in a relationship. Follow up Us was Rodriguez finding out who she is in the context of everyone else.

Her third record, I’m Your Empress Of, takes a much more macro approach as she gets back in touch with her roots and with herself as a singular person.

The first step? Get the family involved.

Title track “I’m Your Empress Of” begins the record with Rodriguez repeating the title over a salsa piano riff she learned from her dad at the age of eight. The rhythm gives way to her mother’s voice, reminiscing about what it was like to come to America, learn a whole new language and find her way in this world. Then she turns to Lorely herself.

It often feels like a gimmick, getting a non-musical family member involved, but here it sets out the stall for what I’m Your Empress Of will become. There’s a pride in her mother’s voice as she declares “Look how many times she’s represented herself in each one of you”. What follows is an Empress Of that feels rejuvenated and connected; spurred on by a need to process a breakup but also to celebrate everything she stands for.

Taking back control by writing and producing most of the album, she sounds fully in tune with every facet of her identity. The Chicago house inspired wonky pop is back. The Latin vibes are back. Most importantly, her way with words is back (“Void”’s opening line “Every apology got worse / An anthology of empty words” is a particularly delightful one).

Us, while full of great tunes, seemed to lose what made Me so special. The cavalcade of producers and writers stripped it of the first album’s magic, as though each song was written for anyone to take on. It’s something all the more apparent when it’s sandwiched between two albums so full of personality since I’m Your Empress Of has that magic back too. By trusting in her ideas and taking on this quest by herself, Empress Of has imbued this record with life.

From the sharp synth stabs of “Bit Of Rain” to the distorted reflections of album closer “Awful”, all led by Rodriguez’s fantastic vocals, I’m Your Empress Of is a funky, generous and vibrant record.