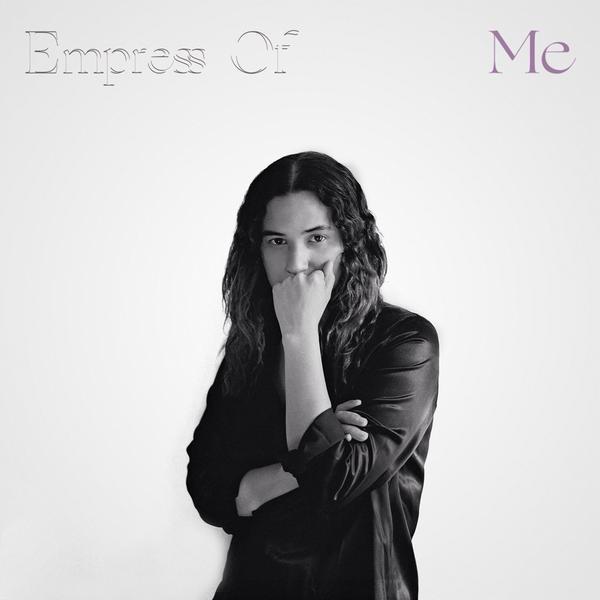 Empress Of’s Systems EP – a bilingual exploration of electronica and R&B that followed her mystifying Colorminutes project – arrived over two years ago. A flurry of eyes latched onto the NYC-based producer/singer better known to her friends as Lorely Rodriguez, but a full-length failed to materialise.

But Rodriguez hadn’t slacked off into the abyss to ne’er be glimpsed again – she was slaving away on her debut album. Following a self-imposed exile in Mexico, Me was born. Erupting from the fingertips of Empress Of – she wrote, mixed, produced, performed, everythinged – it represents a vast shift in her sound, tone, and confidence.

Spending five weeks in a remote Mexican town, away from the bustle of Brooklyn, allowed Rodriguez to elope into her own mind.

In April, “Water Water” – a house-infused maelstrom with sampled wails, cascading drops, and textures suffocatingly thick – signalled a new dawn for Rodriguez. On Systems she’d dabbled in cobwebby layers of experimental pop and sheer R&B, sauntering through dreams on the likes of “Tristeza” and “Champagne”, but re-entering our world an opening statement like “Water Water”, Rodriguez made it clear that she was on a different path.

“How Do You Do It” flickers with Blood Orange bass and serrated synth lines, before slaloming into a chorus reminiscent of ‘90s dance hits – it’s all breathy soundbites and despot beats directing the pace. “Kitty Kat”, a response to being subjected to repeated cat-calls while recording in Mexico, shimmers and pummels in equal measure. Rodriguez never seemed to bite her tongue on Systems, but on Me she sounds galvanised, driven, and determined to make sure that her voice is heard.

Me is introspective, but not in the way that many self-dissections breed dour frailty or gloom. It’s a high-octane escapade made to be played loud – Rodriguez lays herself bare with confidence, and doesn’t shy away from pointing out her own flaws or singing about intimate issues like sex, heartache, and her own views on society.

It’s an incredibly sincere listen, and despite the fact that it’s a look at one person’s life and thoughts, it can be transplanted with ease. In that way, it hits hardest. Rodriguez is an everyman, every second of barbed wit or tear-stained pop is like looking in a mirror: “Kitty Kat” is all too relevant for many; the glass-slipper fucking of “Make Up”, the money woes of “Standard”, the all-consuming passion of “Everything Is You” – it’s biographical, yes, but also a cross-section of the kind of lifestyle that a great many young adults face in 21st century Western society.

That’s not to diminish her issues – this is all very real for Rodriguez – but it’s liberating to hear her stand up proudly and state her flaws, dramas, and ideas. Perhaps there is a fear of the consequences in the back of her mind, but it’s not stopped her speaking her piece to begin to break down stiff upper lips and the ‘I’m Fine’ façade. That heart-on-sleeve attitude won’t shatter barriers for everyone, and indeed many have no qualms about straight talkin’, but others might find solace in an genuine, public discussion.

Me is both a fabulous anthology of boisterous pop songs, and a timely, revelatory album for a lot of people to live vicariously through. It’s not exactly a Catcher In The Rye or Less Than Zero type coming of age story, but Rodriguez has the potential to spark enlightenment of reality with her sentiments of self-realisation and emotional honesty.