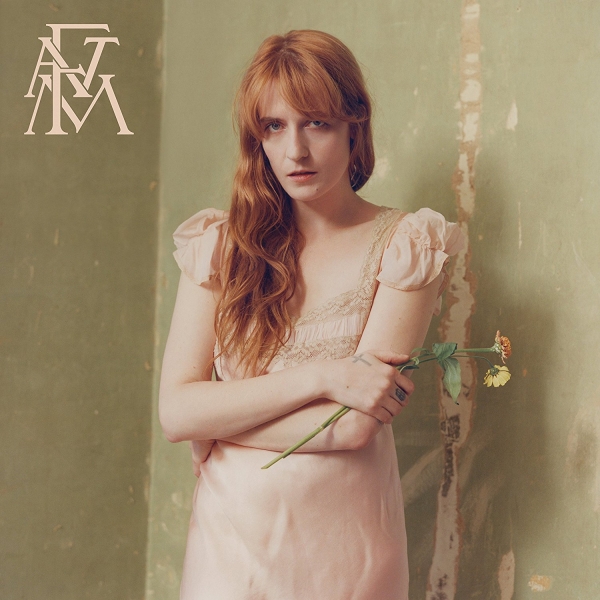 “The show was ending, and I had started to cry,” sings Florence Welch, over the muted piano of High As Hope’s opening bars.

It begins at an ending, picking up where predecessor How Big, How Blue, How Beautiful left off to beat on against the tide into the ocean of oddity where Welch feels most at home. This is not the hurricane drunk Welch of her early twenties, nor the polished perfection of her band’s sophomore album. Unusually for Florence + the Machine, High As Hope boasts temperance over bombast, sincerity over spectacle.

It’s almost a decade since Florence + the Machine released debut record Lungs, its tracklist patched together with covers (“Girl With One Eye”, “You’ve Got The Love”), updated versions of songs from Welch’s previous band (“Kiss With A Fist”), and the now world-famous singles that launched the group’s global success. High As Hope – without a doubt their most personal album yet – returns Welch to us as gloriously flawed and deeply human as the artist we first fell in love with.

While recording 2015’s How Big…, Welch left behind the hedonistic whirlwind of her earlier life and career and embracing sobriety – even domesticity. The record, however, still bore the trappings of her previous efforts; the careering chaos of singles such as “Ship To Wreck” pulled focus from the album’s subtler, more tender cuts, veering back into the self-indulgent territory of 2011’s over-produced Ceremonials. By contrast, High As Hope is a confidently streamlined record, a project resplendent in its completeness with just ten tracks. It is also the band’s first album to be released without bonus tracks, without demos, without any of the nonsense usually surrounding a release on this scale.

Album openers are something of a speciality for Florence and the Machine, and “June” doesn’t disappoint. Its definite, linear story feels like new ground for Welch, whilst its grinding electronics are the first indicator that High As Hope is going to be an album very different to expectations. It’s the first taste of the LP’s surprising restraint and simplicity, with layered vocals and tribal percussion that feel pleasingly personal for being scaled back.

The tracklist is peppered with songs we’ve heard before, with three singles and two additional tracks debuted at the band’s recent intimate live shows. Lead single “Hunger” follows “June”, sounding no less impeccable than it did on first lesson. “Hunger” is absolutely High As Hope’s standout, hitting a sweet spot Welch has courted for years as it blends confessional lyricism with (almost) radio-friendly alt-pop sensibilities. Staccato strings drenched in reverb give way to driving percussion and deliberate piano whilst Welch’s vocal soars, trills, and breaks, running the gamut of human emotion in three-and-a-half minutes flat.

High As Hope reminds us that – no matter how implausible – Welch does, in fact, inhabit the same mortal world as the rest of us. Nowhere is this more tangible than on “South London Forever”, an airy, nostalgic ode to both people and places, mapped out in familiar landmarks. Hanging in the balance of insecurity, Welch asks, “Did I dream too big? Do I have to let it go? […] Oh God, what do I know?” She has always sung about being swept away by sea and by storm, but on “South London Forever” Welch is standing still at last.

“Big God” and “Sky Full Of Song” contrast some of this album’s best and worst moments in the space of two tracks. “Big God” is eerily minimal despite its orchestral instrumentation, with percussion that sounds suspiciously like random items being smacked together. Welch experiments with her vocals, exploring the weird corners of her considerable ability rather than pushing for perfection. “Sky Full Of Song” appears dull by contrast, all angelic choruses, tinkling piano, and lyrical cliché. Thankfully it did not decide High As Hope’s direction, despite being the first track from the project to surface.

On “Grace”, a track presumably titled for the singer’s younger sister, but also a clever double entendre, Welch once again references the Epicurean frenzy of Welch’s youth. “I don’t know who I was back then […] It was such a fucking mess,” Welch admits, serenading her sibling’s stalwart serenity over jazz-tinged piano and bass. Again, “Grace” provides a window into the very real world it’s been all to easy to forget Welch exists in – even Karl Lagerfeld’s darling still has family squabbles to contend with and emotional debts to pay.

“Patricia” and “100 Years” surfaced live several months ago: the former harp-heavy and acoustic, the latter a percussive stomp. On record, “Patricia” is bolstered with a saccharine string section that counteracts the unusually aggressive – even sarcastic in places – lyrics. It is another of the album’s weaker tracks, coming in seemingly disjointed sections that fail to consolidate into a cohesive whole. “100 Years”, however, does not disappoint. Handclaps and rolling kick-drum punctuate an otherwise stripped-back arrangement, imbuing the track with complementary light and shade in the vein of Lungs’ more memorable stand-outs.

High As Hope closes with two final new tracks. “The End Of Love” is meandering and contemplative, with glittery twists of synth sparking under its steady, dependable form. Of course, there’s a Biblical reference, because this is Florence + the Machine we’re talking about, but it manages not to feel overwrought, instead channelling the same splendour as How Big…’s sun-drenched title track. It gives way in turn to the acappella opening of “No Choir”, an album closer that proves there’s ways to go out beyond a bang or a whimper.

It its core, destruction was a black hole around which How Big… orbited, but High As Hope sees Welch meet collapsing inwards with acceptance. Her ship long since wrecked, High As Hope is the lifesaving raft build from its shattered driftwood. Vulnerability is presented here as strength, where before it’s been masked in metaphor. It’s not that Welch isn’t scared any more; it’s that she’s made her peace with that, and in turn one of her strongest records to date.