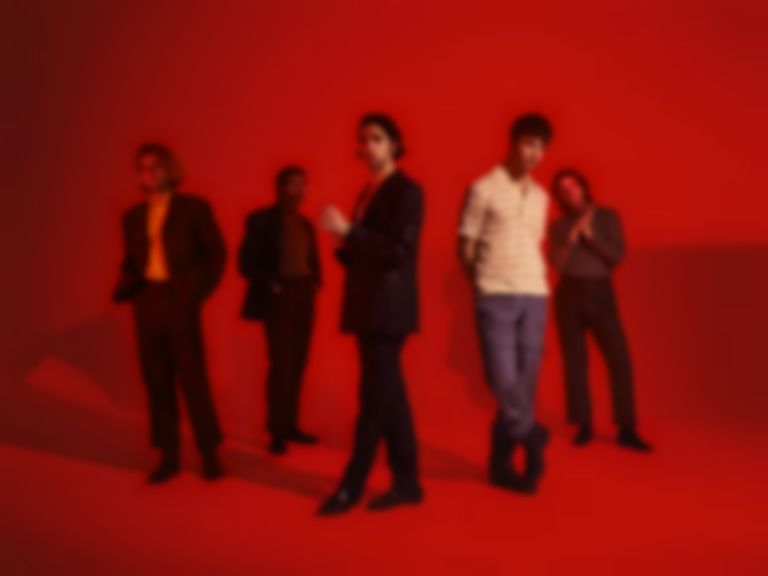 Fontaines DC have shared new cut "I Love You" as the second taster of their upcoming third album Skinty Fia.

The band debuted "I Love You" at their Alexandra Palace show in October last year, and after becoming a live favourite, the track has been given an official release.

"I Love You" is the second single from Fontaines DC's third album Skinty Fia, following last month's lead outing "Jackie Down The Line", and is accompanied by a Sam Taylor-directed video.

Lead vocalist Grian Chatten says the song is "the first overtly political song we've written." He adds, "It's standing in the centre of our beloved home country as a multitude of things are brought to tragic ends in an apocalyptic state of affairs. That's how it feels to me, and what I felt when I wrote it."

They worked with producer Dan Carey for a third time, and the album title is an Irish phrase which translates to "the damnation of the deer".

"I Love You" is out now. Fontaines DC's Skinty Fia album will follow via Partisan Records on 22 April, and is available to pre-order now.