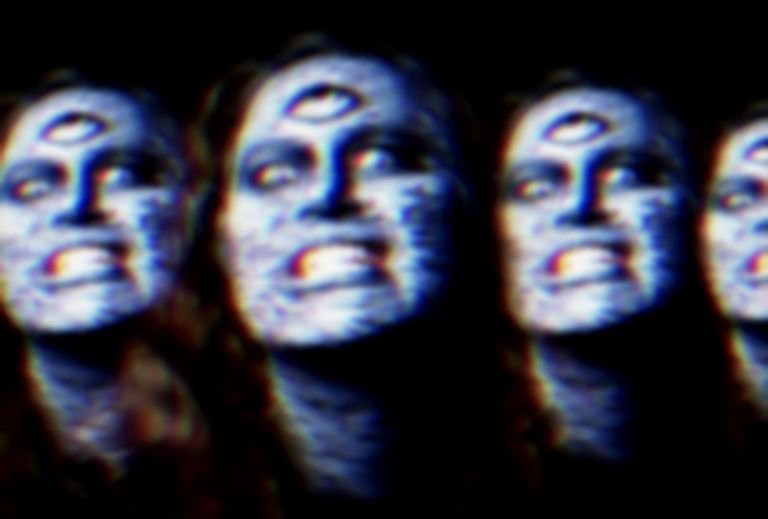 "High Frequency Words" is the second single to be shared from their forthcoming third album, after October's "Dreamers".

Vocalist Thomas Edwards says of the new single, "There is freedom of speech and there is being knowingly, unacceptably offensive. You should balance politics and identity..."

God Damn's forthcoming self-titled third album will follow on from 2016's Everything Ever, and was recorded in a few days with legendary producer Sylvia Massy (System of a Down, Smashing Pumpkins, Deftones, Johnny Cash, REM, Slayer, Tool).

Their new album saw the duo experiment with recording techniques, including microphone configurations, an amp in a Victorian oven, a fuzz pedal made from a lightbulb, someone moving a mic around the recording room (the human phaser effect), and attaching a garden hosepipe to a mic to record drums.

God Damn also recorded part of the album in a disused tube station. They say, "We needed that booming, reverberant drum sound with lots of decay. We recorded in Aldwych station, known for the storage of priceless art during wartime and the setting of the Prodigy's "Firestarter" music video."

"High Frequency Words" is out now. God Damn's God Damn album arrives 14 February 2020 via One Little Indian, and is available to pre-order now.