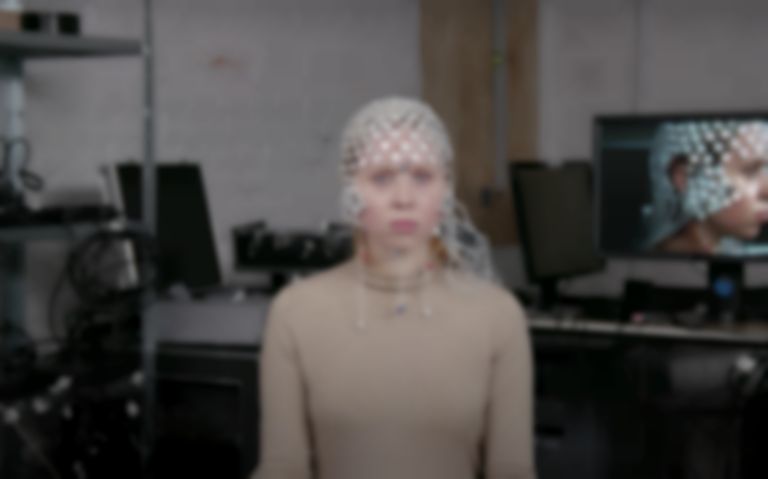 Herndon frequently works with AI and machines to create music (2019's PROTO album was a collaboration with her music algorithm A.I. Spawn), and today (14 July) Herndon has launched her latest venture, a custom vocal instrument tool that will allow users to make music with her voice.

Holly+ will allow users to upload polyphonic audio and have it transformed into a download of music in Herndon’s "distinctive processed voice".

The Holly+ site, made in collaboration with Never Before Heard Sounds, will cap the audio files to five minutes, but is the first step of Herndon's project roadmap, which includes NFT minting and other "tools for creation using the Holly+ voice" for the future.

Holly+ is owned by a DAO (Decentralized Autonomous Organisation) cooperative, and income generated from the tools will go towards new tool development. The DAO will also be able to "vote on new tool creation, and approve official usage" of Holly+.

Herndon said in a statement, "Vocal deepfakes are here to stay. A balance needs to be found between protecting artists, and encouraging people to experiment with a new and exciting technology. That is why we are running this experiment in communal voice ownership. The voice is inherently communal, learned through mimesis and language, and interpreted through individuals. In stepping in front of a complicated issue, we think we have found a way to allow people to perform through my voice, reduce confusion by establishing official approval, and invite everyone to benefit from the proceeds generated from its use."

Visit holly.mirror.xyz to find out more about Holly+, and head to holly.plus to give it a try.