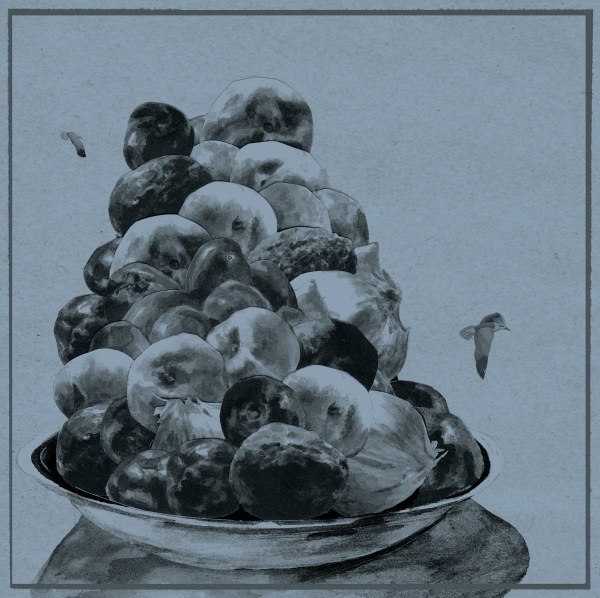 Once upon a time in Philadelphia, a young Frances Quinlan began writing music under the guise of Hop Along, Queen Ansleis. It’s been several years since she experimented with folk music, and more than just the style has changed. Now, long established as a quartet, Hop Along are releasing their second album – and what a tale it tells.

With an innate ability to craft their songs into stories and soundscapes, in each track on Painted Shut the band are painting a clear-yet-complex picture. Vocals vary from soaring with a sweet innocence and rasping with fervour when the words demand it. Guitar riffs build and melt seamlessly into each other, hammering the lyrics home on infectious refrains. It’s a potent combination, and one that makes Hop Along entirely spellbinding to encounter.

But despite the band’s narrative flair, Painted Shut isn’t a record of happy endings. There’s no shying away from contentious topics, no compromises, and no guises. Here the band have laid everything bare. Scathing though it may be, Painted Shut is entirely relatable.

“I call you enemy because I’m afraid of what you could call me,” Quinlan lament on “Waitress,” recalling a chance encounter with someone who has reason to hate her whilst working in a restaurant. In a similar vein, “Powerful Man” might showcase the group’s sensibilities at their most pop, but the hooks are hinged with regret. The track tells of turning a blind eye to an abusive situation. “I just thought he looked like a powerful man,” the vocals screech, a searing guitar solo easing into hefty driving refrains and intricate percussive riffs. By coming to terms with their worst moments within these tracks, the band have – however unintentionally – created a warning that is completely aspirational.

It’s not just their own stories Hop Along tell. “Buddy In The Parade” is perhaps the band’s song writing at its most potent. “I head you were the king, you didn’t leave behind a god damn thing,” Quinlan sings of mostly-forgotten musician Buddy Bolden (the artist lived out the end of his life in a mental institution, and his grave is now lost as it was repeatedly dug up and new bodies added when his sister couldn’t keep up with the burial payments). “She just didn’t have a scratch to keep you in that sorry hole,” Quinlan resounds. Coupled with warm refrains and resounding percussion, it’s an entirely chilling, ghostly story, but one you can’t help but want to keep hearing - and that's what Hop Along do so well. Placing serious sentiments and honest regrets in the sugar-coated packaging of infectious melodies and refrains, Hop Along are empowering their perspective in a way that no one else quite can.

With an astounding amount of detail placed in each track, Painted Shut is a labour of love. It’s hard-hitting, but behind every tightly honed riff lies a bubbling sense of optimism, and these songs are as resonant as they come. “People of the world, nobody loves you half as much as I am trying to” the lyrics cry on “Happy To See Me.” This potent sentiment echoes throughout the album. You can feel the strain in Quinlan’s vocals, and hear the effort placed in every ricocheting rhythm. “Texas Funeral” references these ideals further, acknowledging how distant and unachievable they actually are. “We have a great wanting in common” Quinlan tells the listener, “but none of this is gonna happen to me in my lifetime.” By recognising the unrealistic nature of ‘perfection,’ Hop Along have shattered the concept and created something entirely brilliant.