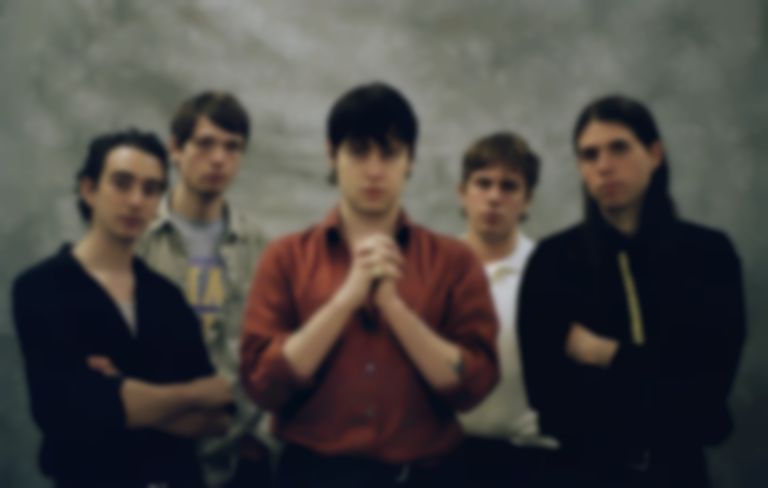 Iceage have unveiled new single "Shelter Song", the second single to be shared from their upcoming fifth album Seek Shelter.

"Shelter Song" is accompanied by a Catherine Pattinama Coleman-directed video. Coleman says, "Iceage asked me if I wanted to direct the video for "Shelter Song". As a childhood friend of theirs, it was important for me to showcase our friendship and the people we share everyday life with. So instead of making a video full of symbolism or a staged performance, I wanted to make a private and personal video close to our hearts. After a crazy year of COVID-19, the world in flames and structural racism peaking at such an extent, I wanted to create a meaningful piece, especially being a woman of colour and fully in my third trimester. In the midst of a pandemic it’s important to remember that those of us who are privileged enough to have a roof over our heads, food, security, love and care, is something of great value. Love is not something one should not take for granted."

Seek Shelter will follow the Danish band's 2018 album Beyondless, and was produced by Sonic Boom (Pete Kember of Spacemen 3), marking the first time the band have enlisted an outside producer.

The band recorded their new album across 12 weeks at Lisbon's Namouche vintage studio, and is the longest time that Iceage have spent making an album.

Lead vocalist Elias Bender Rønnenfelt says of the album, "When we started, I think we were just lashing out, completely blindfolded with no idea as to why and how we were doing anything. For Seek Shelter, we had a definite vision of how we wanted the album to be carved out, yet still the end result came as a surprise in terms of where we sonically were able to push our boundaries."

"Shelter Song" is out now. Iceage's Seek Shelter album will land via Mexican Summer on 7 May, and is available to pre-order now.