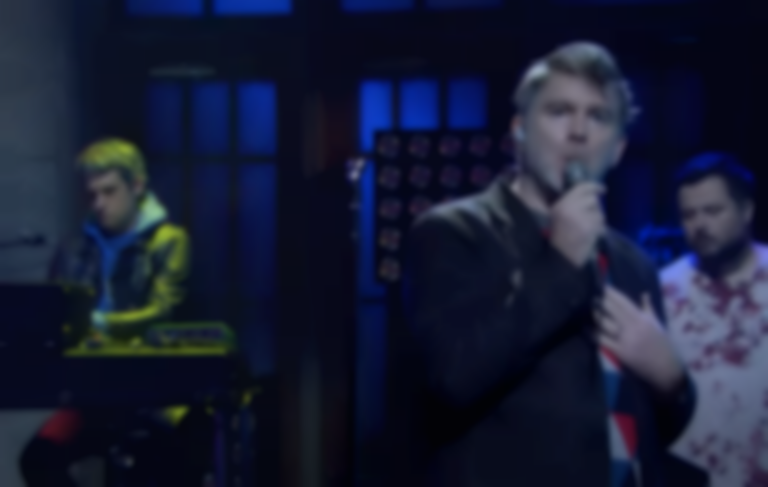 No new music was aired at last night's Saturday Night Live from hometown heroes LCD Soundsystem but the legendary collective did throw in a rare outing for "Thrills", taken from their 2005 self-titled debut.

LCD previously played on SNL five years back, following the release of 2017 LP American Dream. This performance comes as their first live outing after canceling the rest of a planned 20-date residency at Brooklyn Steel following the spread of Omicron in the NY area.

In a John Mulany-hosted episode, LCD also performed "Yr City's A Sucker" from the same record, which you can also watch below.

Up next for the band is multi-night residencies in Philadelphia and Boston (28-31 March, and 3-6 April respectively).