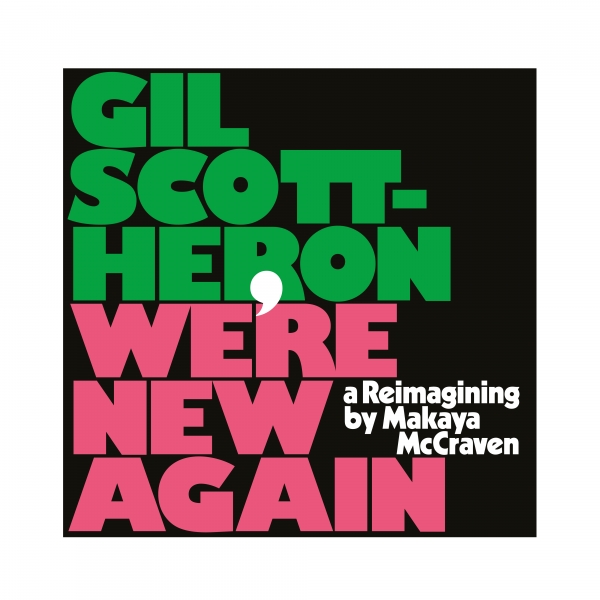 The source material, 2010’s I’m New Here, is a strange beast. Wildly divorced from the soul- jazz at the core of Scott-Heron’s twentieth century output, producer and XL Records owner Richard Russell pairs Scott-Heron’s blues poetry with minimal, post-industrial aesthetics. To be sure, the record holds a certain gravitas, but by and large it is a cold, inorganic weight — spooky string samples and throbbing eurorack synths — so far removed from the organic, supremely human musical underpinnings Gil Scott-Heron’s intimate words need. A natural accompaniment that now, a decade later, Makaya brings to the table.

By enlisting Makaya McCraven, XL Records have found the right man for the job. Jazz permeates Gil’s oeuvre. Throughout his decades long career, he time and again referenced and sang elegies to the greats: Ellington, Basie, Holiday, Dolphy, and Scott-Heron’s hero John Coltrane. Alongside McCraven’s signature mix of jazz instrumentation and hip hop post- production, this hommage to the greats of yesteryear gets a pleasant facelift while still staying true to the soulful jazz spirit Scot-Heron has always been lauded for.

This isn’t the first attempt at reworking I’m New Here. In 2011, Jamie xx released a remix album on XL records, titled We’re New Here. Though the producer delivered a dance record up to his usual standard of quality, it plays as just that: a dance record. The beats are sick, but so far removed from the ethos of Scott-Heron’s words — which read like an old bluesman musing on his youth — that they distract from the poetry. It’s a fun remix record, but overall the feeling is that of a DJ dropping some vaguely inspirational spoken word samples at a rave: so essential at the first listen, but ultimately lacking in depth.

In contrast, Makaya McCraven’s We’re New Again is wrought with meaning. It is very much a spiritual successor to Scott-Heron’s seminal output of the '70s and early '80s — sombre, political, and radically American. While I’m New Here exists in a dark, anxious limbo between Massive Attack and Black Mirror, McKraven’s reworking of Heron’s poems brings them back to the rich tradition of black American music. We’re New Again is sonically updated for the 21st century, but still firmly rooted in jazz, soul, and blues — musics of protest and radical defiance rather than the disillusionment and solitude the original I’m New Here transmits.

When the single “Where Did The Night Go” was released early this year, I was worried the jazz arrangements might be too frenetic to give breathing room to Gil’s poetry. However, McCraven’s linear beat tape style composition provides a consistent, hypnotic backdrop for the poems. With clever twists of post-production, Makaya chops and resamples not only his own band but also choice words and phrases of each stanza, making the poetry a percussive element and drawing out emphasis. A decade after his death, Gil Scot-Heron’s final oeuvre has finally settled into something great.