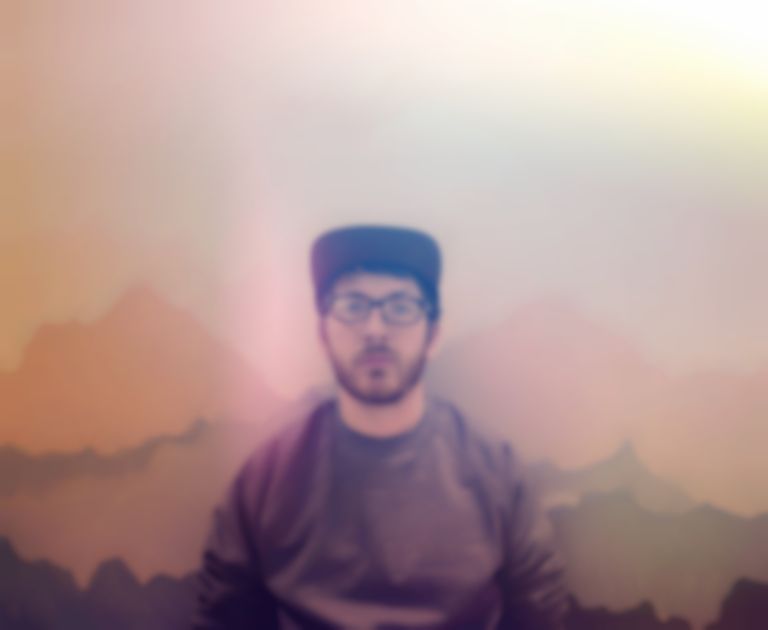 London polyglot Jerome Alexander, aka Message To Bears, is sharing "I'll Lead You There" (feat. Will Samson), the debut single from forthcoming album Carved From Tides.

"I'll Lead You There" begins with a cascading pattern fingerpicked on acoustic guitar, but it's not long before other sounds begin teasing at the edges, shifting in and out of view: a chirping synth; a Bon Iver-esque vocal (the entire track is reminiscent of Justin Vernon's work in Volcano Choir); an arrythmic beat that stutters and disappears before pounding back into frame like a heart still finding its rhythm after resuscitation.

They are bricks in an ever-present-but-constantly-changing wall of sound, falling away or changing colour each time you think you have a grasp on them. And yet, despite the intentionally vague lyrics, each of these elements coalesce to speak quite clearly: "The world is a beautiful place! Be comfortable in your own skin! Enjoy this life you're given!" With a message like that in a medium this beautiful I'm happy to let Alexander lead me wherever he'd like. He had this to say:

"I found this album hard to begin in a way, I found myself in a new space, geographically and mentally. It wasn't until I made myself let go of what I thought people’s perceptions of what Message To Bears was or sounded like before the songs really started to come together and influence each other, taking musical ideas from the past that I had previously deemed 'too electronic' or not in-line with the sound of what people thought my music was like. What emerged was something perhaps quite different to previous material in some ways, but altogether felt completely natural to me at the same time."

Pre-order Carved From Tides via Bandcamp. The album is set for release 1 July.