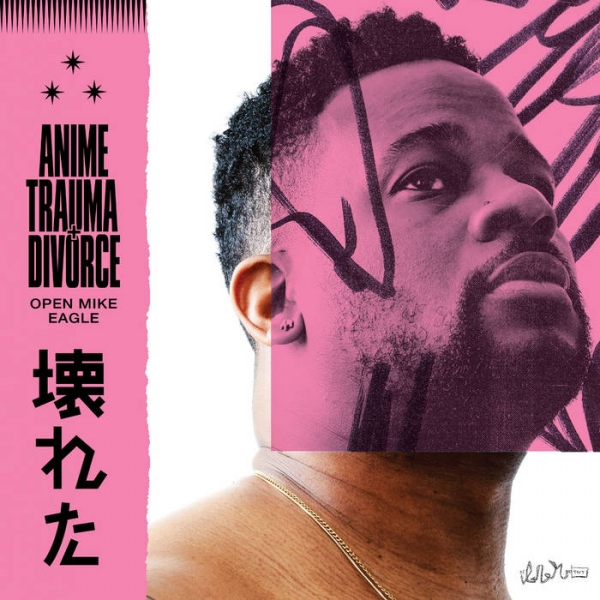 For anyone who writes, their art has been the main salvation in this pretty rough year for humanity at large. We can assume the same of Open Mike Eagle, the Chicago MC and comedian whose fifth solo studio album also acts as therapy, while celebrating art’s ability to do just that.

To an extent, Mike’s music has done the same, commentating on his side hustle as a comic on 2014’s Dark Comedy and now writing an album leaning on his love from Japanese anime at the end of what he describes as the worst year of his life, writing that: ”before the world went to sh*t I was already in the middle of a personal crisis”.

Although nothing is stated explicitly, the album’s name strongly infers the kind of personal crisis Mike is referring to, and the resultant series of songs tackle personal crises with a wit familiar to anyone who’s followed Mike’s thirteen years in the game. “Death Cycle” opens the album by detailing the patterns of trauma-transferal which occur across generations, with a flow which is woozy and downtrodden. Mike filters this pain through his (often proudly nerdy) passions, such on the ingenious “Sweatpants Spiderman”, where he finds himself untethered from his relationship, and attempts to give himself confidence in new circumstances by imaging himself as a superhero, while being paralysed by fear in reality. A similar theme continues in “Bucciarati”, a song with a delicious hook delivered by Kari Faux named after Bruno Bucciarati from Jojo’s Bizarre Adventure, a man who can place a zipper on anything. Mike compares himself to him enviously, while he feels his own life falling apart: “I can't hold it together, all in the art 'cause I won't live forever / I had a direction and split from the thesis, now I need more fingers to pick up the pieces”.

If this sounds heavy then the album’s crowning achievement is that it often doesn’t feel that way, buoyed by percussive production from Black Milk, Gold Panda, Frank Leone and others, and Mike’s dark humour. He proclaims “I’m a humanist, but I don't like new people much”, and the two album highlights are the tragic and hilarious “Black Mirror Episode” and “WTF Is Self Care”. The former points a finger at the titular TV show for the breakdown of his marriage, claiming that he “thought it would be another lost in space, now I gotta go and find my own place”. “WTF Is Self Care” sees Mike trying to make sense of advice from his therapist and social media, saying “trying to find that shit like a tourist, see if they take my insurance, WTF is self care… it’s like drinking smoothies, making juices out of kelp cubes…”.

If there is an issue with the album, it’s that it’s somewhat scant: the subject matter is dense and fruitful, so 35 minutes seems slim and lacks resolution, perhaps because Mike remains in an uncertain place himself. Time spent on songs such as limp live cut “Fifteen Twenty Feet Ocean Nah” and “Headass” (whose enjoyability will depend on how funny you find Mike repeating ‘headass’) seem somewhat wasteful. Open Mike Eagle working through his pain is more gleeful than many MCs rapping about their best days, so more is always welcome.