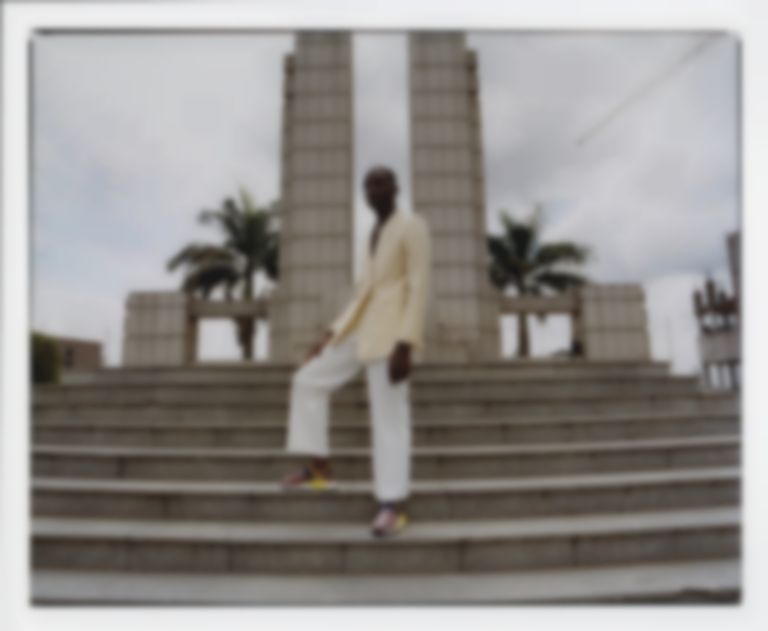 Petite Noir is back with uplifting single "Blame Fire", the first taken from his upcoming six-track mini-album.

Speaking about his new track, Petite Noir explains, "“Blame Fire” is a phrase that I made up, meaning “Thank God”. I poetically referenced times in history that God showed up as “fire” I.e the burning bush in the story of Moses and comparing that to the passion, the drive that we all have inside of ourselves to be successful in life. So basically, don’t blame me, "Blame Fire" for all that I have. In short, it means, all glory to God.”

"Blame Fire" is part of Petite Noir's Noirwave movement, which he describes as, "a progressive social movement that’s rapidly breaking out of the pan-African underground, emerging in the creative output of inspiring minds from across the globe."

The main topics include borders, nationhood and globalisation, and Noirwave hopes to unite listeners in a creative and physical way, celebrating freedom and music.

La Maison Noir / The Black House is out both physcially and digitally on 5 October via Roya. Find out more. Revisit Best Fit's Reference Points with Petite Noir.