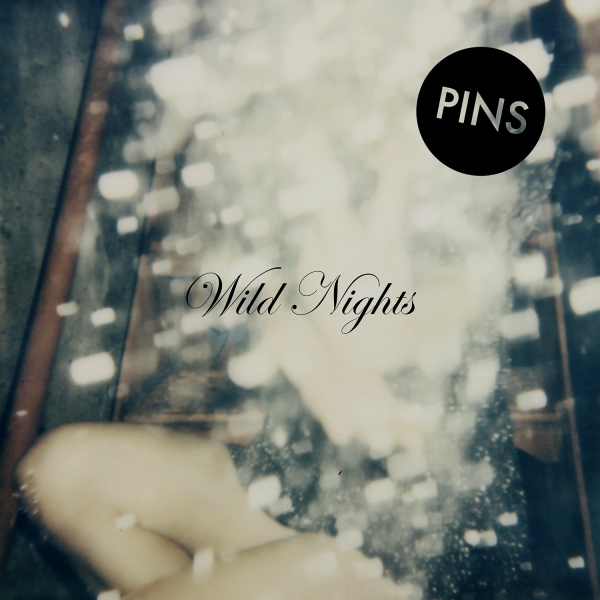 When PINS emerged from Manchester with their 2013 debut Girls Like Us, they often found themselves somewhat lazily compared to fiery noise mongerers Savages.

There were obvious checkpoints: both bands are female and make nods aplenty to the monochrome post-punk of Joy Division and Siouxsie and Banshees. Both employ a meticulously crafted image and elements of a similar sound; motorik, driving beats and throbbing bass layered heavily with fuzz and bone-cutting guitars. But whereas Savages are impenetrably detached, PINS seem like the kind of gang you could be part of.

Vocalist and guitarist Faith Holgate, Anna Donigan (bass), Lois Macdonald (guitar) and drummer Sophie Galpin kick up a racket, but their delivery isn’t studied or clinical. Instead, they sound like they’re having a blast.

Girls Like Us was an often snotty, sometimes furious statement of sonic intent, albeit one littered with sweet melodies. Wild Night’s leading single “Too Little Too Late” flips this on its head. Measured and slow-building, Galpin’s drumming creates a simplistic, almost skeletal musical framework but Holgate’s sneering vocals are vitriolic; “I forgot to say happy birthday. I hope I didn’t spoil your party.” The last minute of the track however, ramps up into an outro of hell-bent, pedal to the floor noise, Holgate applying buzz-saw guitar slashes over the top.

Second single “Young Girls” is much more surprising - breathlessly sweet grunge-pop that sounds like the next cut from Honeyblood. It’s this sound that the girls have decided to hone in on with Wild Nights, with feverish guitar interludes taking up much less space than on their debut. It’s a sound that suits them.

“Got It Bad” and “If Only” are awash with reverb and dreamy backing vocals while the impossibly 90s “Curse These Dreams” is a lovely tangle of shoegazy jangles, reminiscent of The Shop Assistants, interwoven with honeyed, scruffy melodies.

Fear not though, PINS haven’t lost their bite. Certainly their second effort eschews aggression for aggressions’ sake – but rather than wasting their breath howling and rallying, the band whip up tension in order to harden their edges.

“House of Love” has a dusty, almost western feel which is built around a monotonous bassline and Holgate’s deadpan intone of:  “Before you leave this house of love, take more, it’s what you came here for.” Later, “Oh Lord” walks a wire stretched to breaking point before insistent bass and angular guitars disintegrate into a messy climax.

The clamorous moments are not over-laboured, however. Wild Nights is a much more concentrated effort than its predecessor: the songs here are streamlined and longer than on their debut, yet the album itself is shorter. The noise-based, jammy interludes that interspersed Girls Like Us have been abandoned.

In 2012, PINS were put together by Holgate who longed to be in a band without having to be the token female member, but a real bond was forged between the girls over a love of Hole, The Jesus and Mary Chain and Best Coast records. Their second album is ultimately the sound of the band exploring the myriad influences that make up their sonics, in doing so realising who they are and focusing bloody-mindedly on driving the point home.