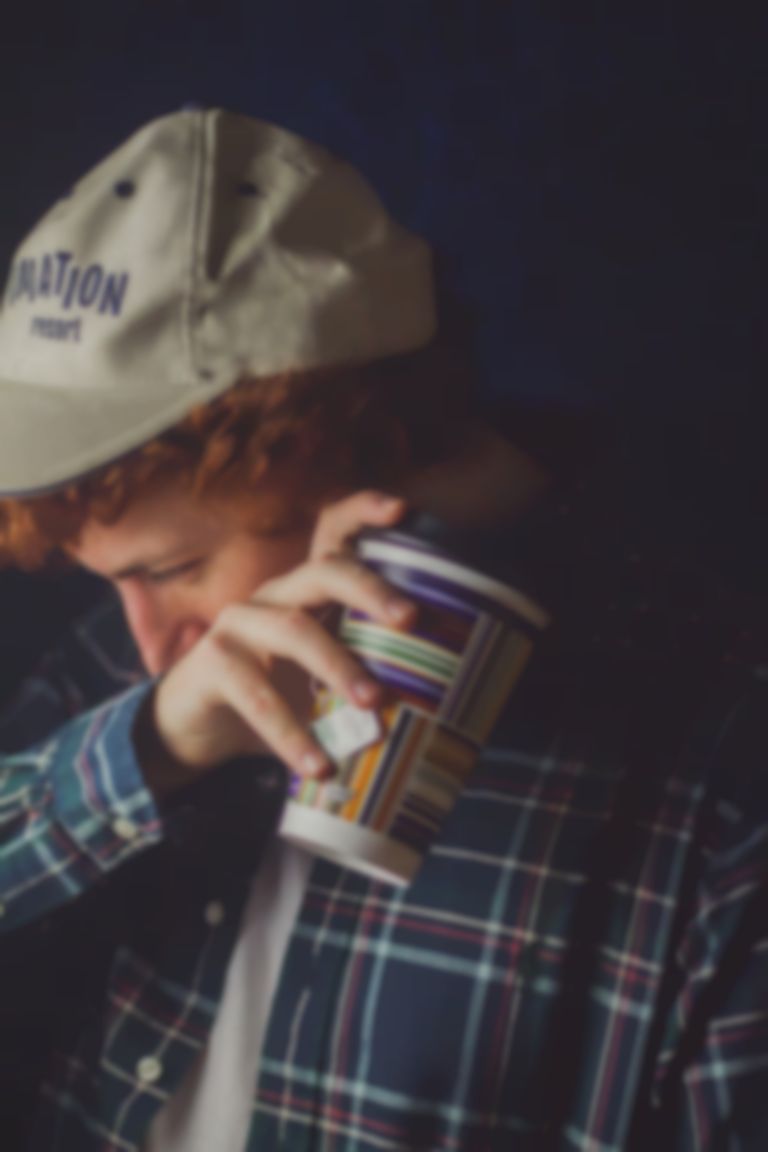 Philly producer Sam Greens is unveiling "Rugs", the first track taken from his forthcoming collaborative EP release with Grind Select and Rare MP3s, as well as an accompanying interactive website that allows listeners to draw out their feelings via an interactive sketchbook.

Perhaps it's no surprise given Greens' diverse production background - including work with Rome Fortune, and Philadelphia artists Neef, Peedi Crakk, and Young Chris - that “Soft Rugs” pulls threads from multiple genres to produce a composite that, like, really ties the room together, man. Hip-hop shouts and jazzy touches are matched to an erratic, exploratory beat that never stays in one place too long. It moves with the singular purpose of lifting the listener up.

Despite obvious differences in sound, it's reminiscent of Chance The Rapper's work with Donnie Trumpet and the gang on Surf. There is a guileless positivity (apparently borne out of a need from escape from a cold Philadelphia winter) that erupts outward from its centre. It doesn't seem to care if it makes you think. Nor does it care if it makes you dance. "Soft Rugs" just wants to give you what it gave its creator: a few moments of sunshine. He had this to say:

"I'm very excited to have 'Soft Rugs' as the first single from the Rugs EP, my first official solo release as Sam Greens. I feel it captures the tone/emotional quality of the whole EP in a pretty succinct way. I was inspired to make these songs as  a sort of pick me up amongst the dreary Philadelphia winter, a fight against seasonal depression if you will.  A great deal of this project was spent focusing on various sound design techniques, in particular synth programming, as I worked towards a sound and style less reliant on sampling.  The interactive website is an important companion piece to the song, capturing the excitement that comes with creating my own productions.  Many of these songs started as small “sketches,” so it’s great to see this idea realized in a visual manner."

As alluded to above, the track is being released with an interactive website designed by Grind Select's secret weapon, programmer Kyle Stetz. He had this to say of the collaborative effort:

"Sam Greens introduced his material to us by explaining that he created it during dreary winter days as a way to cheer himself up. That idea of creative output as a coping mechanism brought to mind a 'scribble': an effortless mark that hints at the beginning of an imaginative and limitless process. The scribble became the focus of the artwork, serving as a bright magnet that attracts thoughts and ideas, some abstract and not fully formed.

"When coming up with a web experience, it felt natural to allow listeners to channel the bright energy of 'Soft Rugs' with their own scribbles, injecting some additional life into them over the course of the song. Given these references to the creative process, it seemed appropriate to share not just a finished drawing at the end, but the entire journey that led to it."