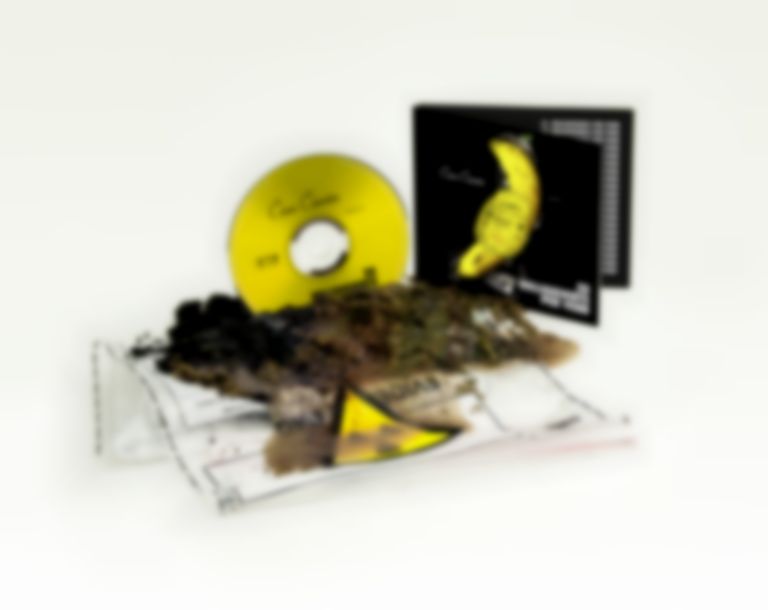 The Super Furry Animals keyboardist is protesting against plans to drop 300,000 tonnes of radioactive contaminated mud off the Cardiff sea front.

Cian Ciaràn is taking musical protests to a new level as he prepares 40 copies of his new album, one for each member of the Welsh Assembly.

Out today, his album 20 Millisieverts Per Year will be packaged with actual mud, and even has a bespoke yellow CD just to emphasise his message.

Pressed especially for those in the Welsh Assembly who voted on the descision on 23 May, the Super Furry Animals member is keen to show opposition as further plans to build a new nuclear power station on Ynys Môn, North Wales, are coming to light.

Hand delivered and caked in radioactive mud, The Welsh musician is passionately against the new plans, which will see 300,000 tonnes of radioactive soil dumped 2km off the Cardiff shore.

What is there to debate.... just say NO https://t.co/0CfchKjSnX

"There have been over 7,000 signatures collected nationally and 150,000 across the UK to state their opposition to the plans to simply dump radioactive soil on Wales from a dodgy deal to build a nuclear power station in England, with pure disdain shown to the people of Wales again by those aiming to make it happen. This ignorance offers a poignant comparison to the overlooked victims of nuclear power in Fukushima who are left without a home and without a voice and for those on Ynys Môn who are crying out for protection from the powerful nuclear lobby juggernaut and the dangers of another nuclear power station on the island. The project makes so little, rational sense as a source of energy, that we can only surmise that its development is to prop up military nuclear concerns, while diverting attention and resources from progressive and profitable renewable projects. Neither Westminster nor the Welsh Assembly can be trusted whilst the rest of the world have come to their senses and have ditched nuclear as an old, tired and failing technology."

"This is already a morally and economically questionable decision and Fukushima serves as a warning to the decision makers here what happens when they listen to the corporations and not its people, putting profit before people and profit before the planet. We have a voice we just need to shout louder to either change the minds of, or rid ourselves of, those policy makers who, if they could care less, definitely would.”

His new album title is a factual reference to the maximum dose of radiation that Fukushima citizens can be legally exposed to each year.

20 Millisieverts Per Year is out now digitally on Strangetown Records.