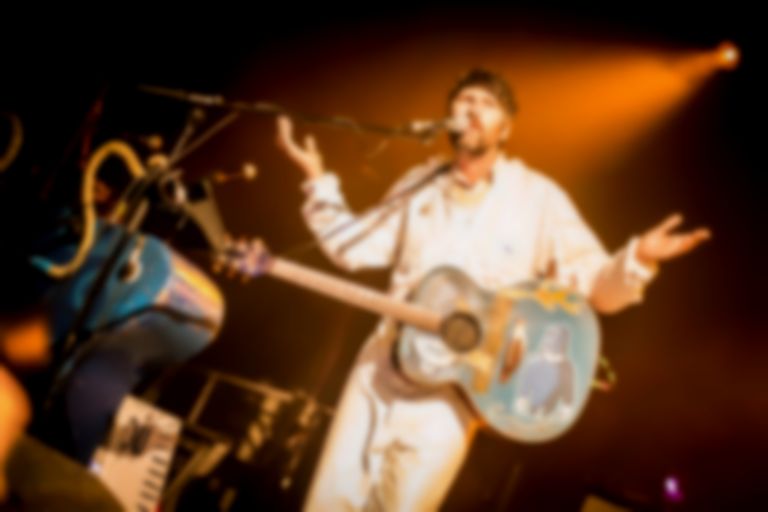 Super Furry Animals have unveiled a previously unreleased demo version of their Radiator hit "The International Language Of Screaming".

The pared-back version of "The International Language Of Screaming" is part of the upcoming 20th anniversary edition of 1997 LP Radiator. It was recorded at Big Noise in Cardiff in December 1996, and sounds markedly different from the chart-bothering original, with buzzing frets and a dawdly elegance - gone are the screwy synth tangents, and in are semi-folksy Americana-isms.

"For three, contented months we lived in a house in constant earshot of military aircraft, to make Radiator the album that it was," the band say in a statement. "The original album sounded great when we emerged from our exile on Anglesey, and still does, but technology moves with the times and now we can hear it in higher-resolution, as nature intended. We’ve forgotten as much as we ever knew, so the rarities, demos, and B-sides on the second disc are as much a surprise to us as they are to you."

Hear the full classic below, and find the tracklist and release details after.

The 20th anniversary edition of Radiator is released 28 July via BMG.