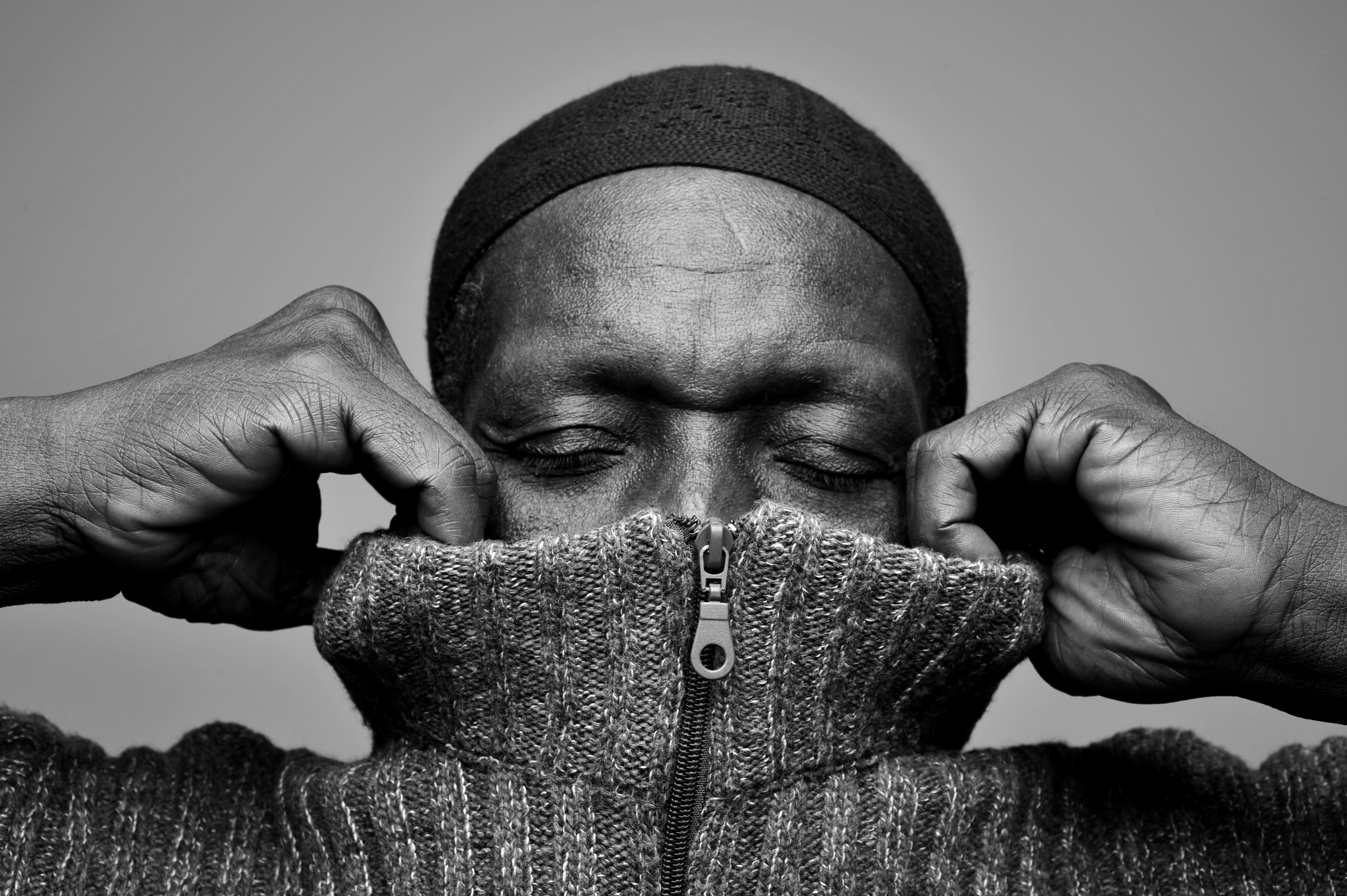 The key songs in Tony Allen’s life are less about the tracks themselves and more about the artists behind them.

Allen values musicianship and skill above all else. That, and standing up - whether that’s for a belief, a cause, or simply out from the crowd, and he’s carried this love of the extraordinary with him throughout his musical life.

Starting out in Lagos jazz and highlife bands and going on to be the defining rhythmic engine behind Afrobeat - a new musical language, fusing West African rhythms, American funk and jazz, honing his craft alongside Fela Kuti and Afrika 70 - Allen has always been surrounded by innovation and expertise, not to mention spearheading sounds and skills himself. As Kuti himself said, “Without Tony Allen there would be no Afrobeat.”

But this one sound far from what defines Allen. His tastes are as far reaching as his famously deft drumming hands. When we meet in London he speaks glowingly of his idol Art Blakey, the iconic American jazz drummer and bandleader, whose swashbuckling, polyrhythmic style gained him notoriety in the 1950s and life-long fans until his death in 1990. He sings the praises of the guitar-led story-telling of Damon Albarn, his collaborator in The Good, The Bad & The Queen and Serge Gainsbourg’s adventures into reggae.

At almost 80 years old, Allen’s not lost any of his cutting-edge angles either. From his 1999 avant-garde opus Black Voices to his 2017 EP tribute to Blakey, he remains a prodigiously engaged and much in-demand musician, working with everyone from Grace Jones, Malian singer Oumou Sangaré to Detroit techno legend Jeff Mills, their Tomorrow Comes The Harvest project was released on Blue Note in 2018.

He’s about to release a new record, Rejoice, borne out of a collaborative project with the late, great Hugh Masekela, dubbed the “father of South African jazz", whose trumpet and flugelhorn playing mixed jazz with styles from across the African continent, and his fierce political stance against the apartheid regime saw him exiled from his country for 30 years.

The pair first met in the ‘70s through Fela Kuti, and despite talking for decades about making an album it wasn’t until 2010 that they finally got into the studio together. These freewheeling, unfinished sessions were recorded but sat untouched until Masekela sadly passed away in 2018, and Allen and producer Nick Gold unearthed the original tapes and finished making the album.

Creating “a kind of South African-Nigerian swing-jazz stew”, Allen and Masekela are joined on the record by the next generation of experimental jazz figures, from Joe Armon-Jones of Ezra Collective and contemporary UK Afrobeat artists like Mutale Chashi of Kokoroko. Masekela also overdubbed spontaneous vocals on some of the numbers, deploying colloquial Zulu - as on the seductively loose-limbed “Robbers, Thugs and Muggers” with its “O Galajani” chant, township slang for a gang of rogues - or in English on the jazz-meets-Afrobeat tribute to Fela Kuti “Never (Lagos Never Gonna Be The Same)”.

To trace Allen’s musical loves is to understand how he’s still making unique, genre-bending projects like this, a man who prizes artistry and individuality above all else.

“I was on this track with Fela. With “Expensive Shit” the music is really kicking and really super, but we're also talking about the time Fela's house was raided. They found a block of weed in his room and when the police showed him what they'd found he grabbed it and ate it. For that they took him away and they had to wait for him to shit!

“His mother cooked some vegetable soup and brought it to his cell for him to add to what he'd eaten, and after that the forensics never found anything! This song is about every single time they took him to court, only to go back again and again. For him, that became the ‘expensive shit.’

“This song was always a lot of fun to play and everybody in the crowd - in Nigeria, but even in places like France - knew what it was about."

“We all grew up together in Nigeria and I want to say that Tunji Oyelana was like a comedian or a playwright. Afrobeat started gaining ground because it wasn’t like anything else at the time, and everyone started to follow it, everyone. And Tunji, especially with us all coming from the same town, started following it too.

“It was easy to copy what we were doing with Fela but Tunji had his own unique style of Afrobeat that was very, very unique. He was a good singer - a very good singer - and a very good lyricist, mostly in Yoruba, which set him apart from many artists at the time.

“It was his singing and he had good subjects to sing about. It wasn’t militancy, it was music for the people, for everyone to get together to. It was music in the groove.”

“The Revolution Will Not Be Televised” by Gil Scott-Heron

“Gil Scott Heron is just full of poetry. He has his own mind and he's saying that the revolution inside your mind cannot be televised. It's music about freedom, about being free.

“And he's such a good writer, but he's a weird guy too, you know? He dreams his own dreams - not my dreams - but he dreams a lot, and that makes him unique.”

“It's his voice first of all - his voice is incredible. He's not loud or screaming, everything is held underneath. No matter how low he goes, you hear him.

“He doesn't really 'sing' the melody either. It's more like he's putting words in music, but very effectively, you know? His placement is so good, where he places his words in the music - it's all about timing and that's very important. And he has that. It's not easy, not all singers know what placement is. Good singers, talented singers don’t need any guide - they do it automatically, they will sing on anything and they will know where lyrics should go, where they should fit.

“And he knows how to fuse in other music. For example, when I arrived in France in December 1985, he was doing reggae with Jamaicans, and I'd never heard of Serge Gainsbourg before. I was asking everyone, ‘Who is this???’ I like him for the way he's different from others. That's important to me.”

“The Drum Thunder Suite” by Art Blakey and The Jazz Messengers

“Ah, “The Drum Thunder Suite”. Moanin’ [the album from which the track is taken] is a drummer’s album, you know? And Art Blakey happens to be my idol.

“I love this track and I've redone it my own way too. I recomposed it and kept its melody, but I did it my way on my A Tribute To Art Blakey And The Jazz Messengers album. Even though I make music, I still listen to him.”

"“Tutu” is very instrumental. It's jazz, you know? This is where Miles just shows he's at the top. And Miles stayed number one, right at the top of his game, forever, because he was not repeating himself. Every time, he made sure one album was not going to sound like the next one.

“I think most trumpet players - some of the African trumpeters - try to follow it, they try to reproduce it live, but they're just copying it.”

“It was really, really interesting, and his own version was really nice. He told me he did it because Fela was in jail, so that when he came back home he had some money.”

“The song is dedicated to today’s youth. The lyric addresses people at seventeen, eighteen, nineteen years old, who are slowly becoming more mature, finding out who they are and realising that it’s their generation’s turn to wake up!

“I don’t know how the public will react to Rejoice, but I think it’s different to other records I've done before and that Hugh himself did before. Its music made by not preparing anything at all before we went into the studio - we just went in.

"We started with me putting down a tempo, creating a pattern and he would have to play with it. It was instant, instead of being a dub. We were playing together at the same time and you can hear that it's live when you listen to it, especially with Hugh's playing. For two days we did that but we abandoned it, then I came back ten years later; a long time.

“After his death I thought 'Why should it be like this?' Nobody lives forever, but the point is that it wasn't just a good time for him - this album should be made. So I said, 'Let's wake it up, let's make a tribute to Hugh.' And that’s why we named it Rejoice.”

“Lady Boston” by The Good, The Bad & The Queen

“This is a track that I really love, I love it. I was on this one too. Damon really has stories, British stories. He knows his history, and what the people like and don’t like. He knows what's happened in the past, present, and he's always looking towards the future too.

“”Lady Boston” was sung for Brexit. It's about telling people, the British people, how they handle things here, how the rhetoric works. He was singing for the young and old, at the same time. Some people would get what he was driving towards and what he was saying. He wasn't buying the idea of Brexit at all.

“We went to play Blackpool and he was telling me that we were there because in this place, Blackpool people are fucking poor but they wanted Brexit. They have nothing, I saw kids who should have been in school just out on the street, not foreign kids - British kids. He said we went there to play for the Brexiteers - he sang his songs for the old guys, maybe to change their mind, change their ideas.

Rejoice is out now via World Circuit