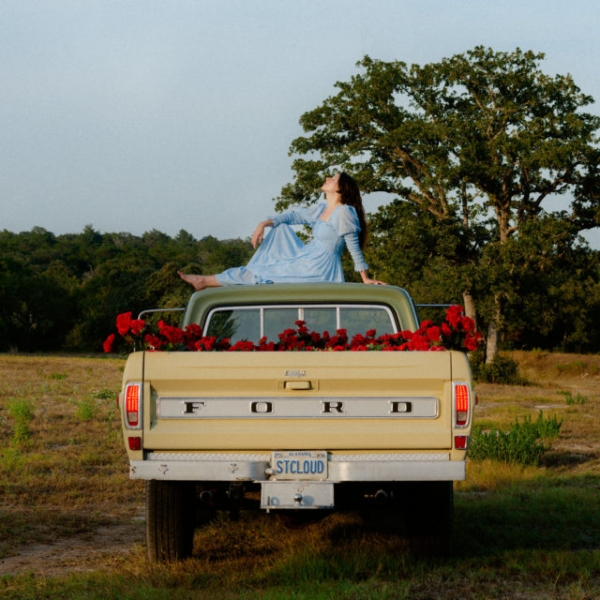 Katie Crutchfield, aka Waxahatchee, has made a major lifestyle change in the last year and a half: she’s ditched the drinking. It’s through her newfound sobriety that Crutchfield’s managed to reconnect with who she really is, and is once more seeing things through a clear lens.

Her excellent new album Saint Cloud acts as a sort of about-face for her, filled with a newborn clarity - even if it’s still just “with a partial view” – and a wholly new sound that showers her in a totally different, quite radiant light.

There’s still sharp observations and introspection aplenty here – Crutchfield’s usual MO – but it’s now packaged in bright, clean, stripped-back Americana, marking a departure from the ragged, biting lo-fi of first two albums American Weekend and Cerulean Salt, and the fuller, louder, alt-rock of Ivy Tripp and Out in the Storm.

No longer hiding behind a wall of distortion or snaggled strumming, the Alabama-born singer puts her signature southern drawl front and centre, musing on the fresh perspective she’s picked up on her staple subject. She confesses “I love you till the day I die” in the country breeze of “Can’t Do Much”, pledges “I can learn to be easy as I move in close to you” in the gorgeous slow-burning softness of lead single “Fire”, and assures “you got a friend in me” amid the delicate twilight of “Ruby Falls”.

It’s as uncomplicated and untangled as Crutchfield’s ever been. The emotional turbulence of her previous work’s been replaced with an air of calm, a sense of knowing what she now wants. That doesn’t mean the ever-waging battle within herself has waned any though: “I’m in a war with myself”, she says, but you get the feeling through her newfound sense of self she’s now just better equipped to fight it.

“I have a gift / I’ve been told / for seeing what’s there”, Crutchfield shrugs in “The Eye”, and there’s no doubt about that. Saint Cloud beats with a big heart, alive with the people and places who’ve criss-crossed through Katie Crutchfield’s life, and with the struggles and victories she’s experienced. It holds the best batch of Waxahatchee songs yet, with Crutchfield at her most candid, raw and clear-eyed. This is the work of someone who’s begun to write a bold new chapter in her life, and it’s special stuff.